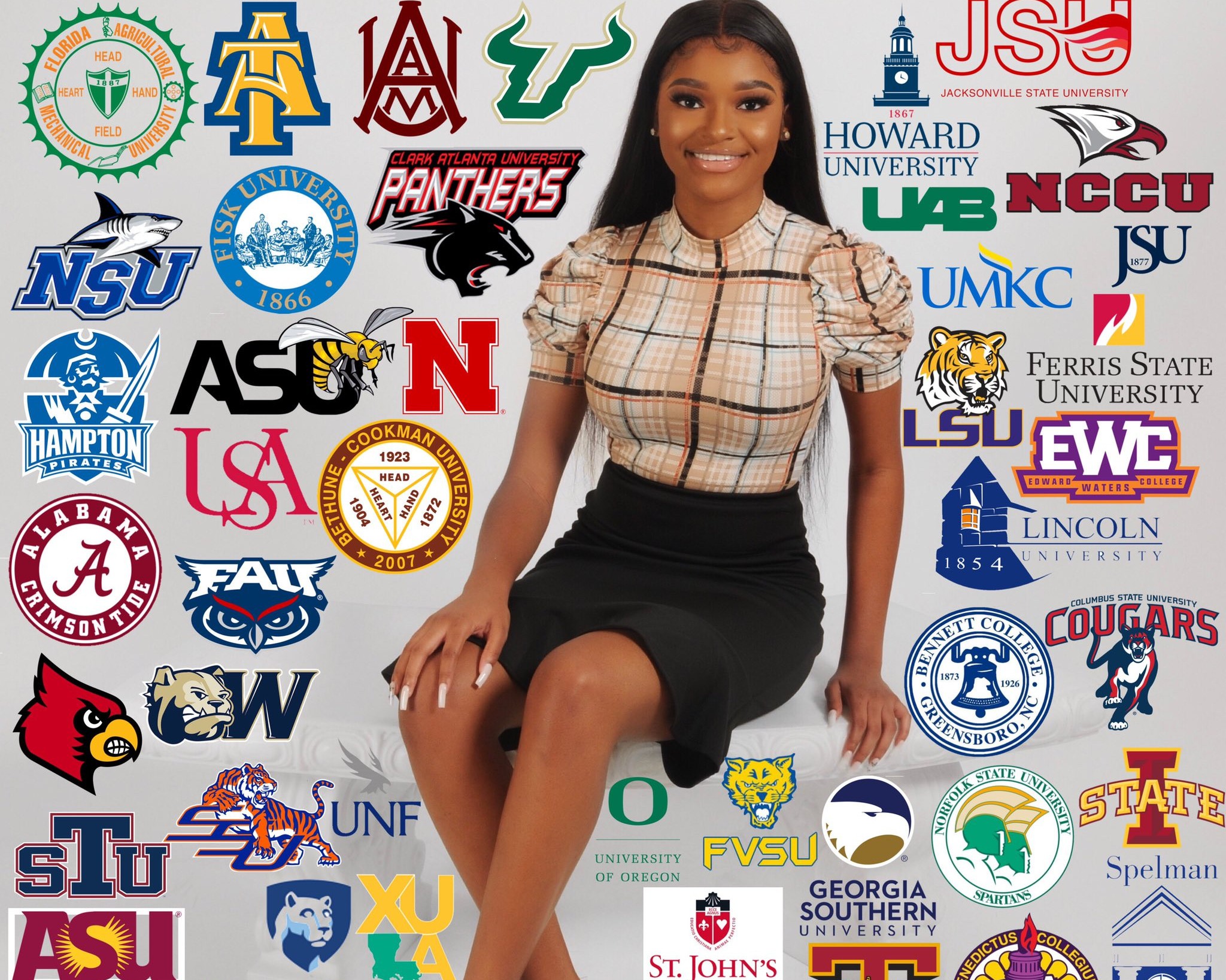 In what can be described as an incredible occurrence, an African-American woman has announced that she got admissions into 50 American universities in United States of America without paying a dime.

The lady identified as Bre with username @brenyyaaa has excitedly taken to Twitter to share her happiness of getting admitted to 50 US schools.

@brenyyaaa further revealed that she didn’t spend any money  on all the schools she sent her application to.

Sharing a photo, she wrote:

Hey twitter, i just wanted to let y’all know that i got accepted into 50 schools

btw i didn’t spend not one penny to pay for the applications.