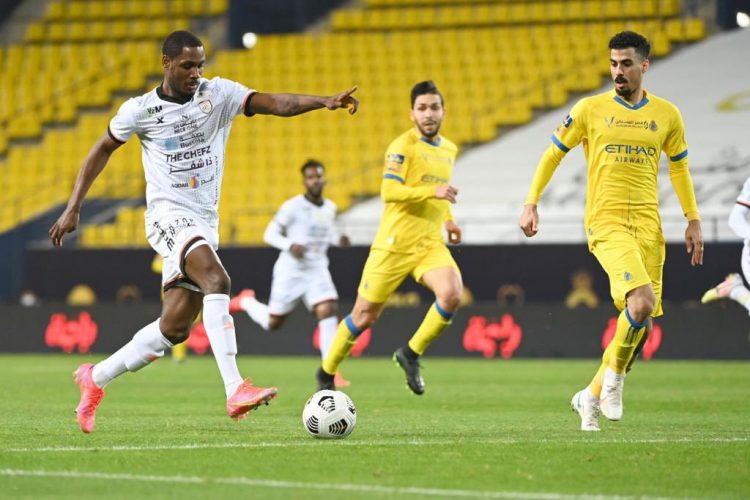 Odion Ighalo scored his first goal for Al Shabab in a 4-0 away win against Al Nassr on Saturday night.

The former Nigeria international, who moved from Shanghai Shenhua last month, found the target after being set up by Ever Banega.

Ighalo started the game on the bench and took the place of Fabio Martins in the 63rd minute.

Banega opened scoring for the visitors in the 17th minute, while Cristian Guanca added two more goals in the 28th and 82nd minutes respectively.

Al Shabab, who are looking to win their seventh league title top the table with 38 points from 18 matches.