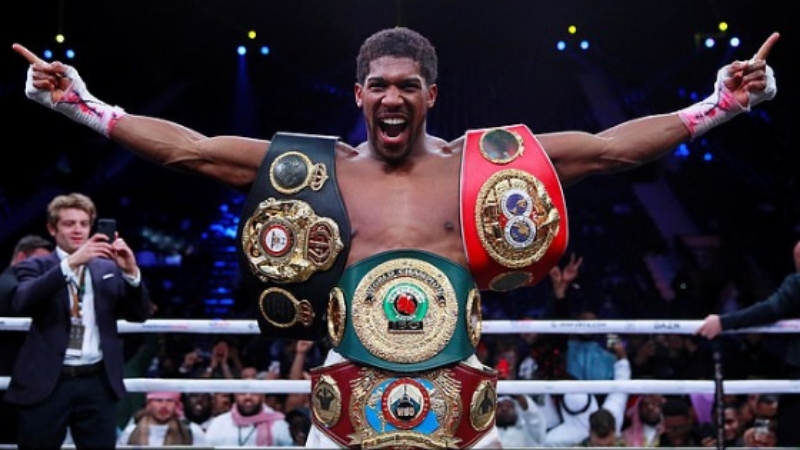 Data provided by his company Sparta Promotions shows profit growth by over £60m to £109m.

The heavyweight champion could pocket a whooping £100m if he fights arch-rival Tyson Fury later this year.

Ex-champ Lennox Lewis follows Joshua closely, with his worth estimated at £90m.

According to Sparta’s recently-filed latest accounts, Joshua banked £57.35m between February 2019 and 2020 from fights, according to UK Mirror.

Figures reveal the business turned over £63.9 million for the year and made a gross profit of £57.9 million.

Born in Watford in 1989, Joshua moved to Nigeria with his family when he was 11.

He returned to England the following year with his mother Yeta after his parents divorced and they settled in Garston, Herts.

The 31-year-old will be hoping to surpass boxing legend Floyd Mayweather who is way ahead of the pack in terms of net worth.

Mayweather, who lives in a sprawling Las Vegas mansion, is believed to be worth around £435m.