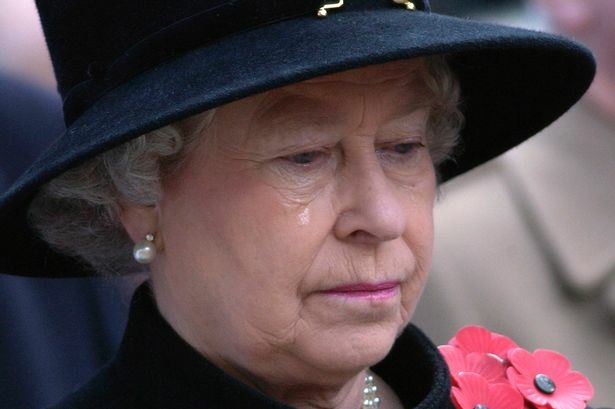 As world leaders, captains of industries and respected individuals continue to mourn the demise of Elizabeth Alexandra Mary, the Queen of England, describing her death as a great loss to entire human race, some Nigerians mostly of the Igbo extraction seem to have differ opinions about the personality of Elizabeth who once acted as Queen of Nigeria (1960-1963).

Recall that Queen Elizabeth Alexandra Mary, the UK’s longest-serving monarch died at Balmoral at the age of 96 after reigning for 70 years. According to the royal family, the revered monarch died peacefully on Thursday afternoon at her Scottish estate, where she had spent much of the summer.

A check by WITHIN NIGERIA revealed that the conflicting opinions about the demise of Queen Elizabeth II started as a result of a spark caused by the reaction of an Associate Professor of Applied Linguistics, critical sociolinguistics and critical discourse at Carnegie Mellon University, Dr. Uju Anya wishing the revered monarch an ‘excruciating’ death and referred the British empire as a ‘thieving, raping genocidal one’.

Following the reaction of Dr. Uju Anya, an Associate Professor at Carnegie Mellon University, several Nigerians have also come out to express their satisfaction over the demise of the revered monarch, citing reasons why Nigerians must not mourn the deceased monarch but some Nigerians opined that Queen Elizabeth II should be celebrated because she was not the one responsible for Nigeria’s misfortune.

When WITHIN NIGERIA studied the whole situation, it was exclusively gathered that issues raised by some Nigerians and other Africans who are not admirers of Queen Elizabeth II bothers on the contribution of UK on Biafra-related matter (civil war), exploitation of Africa countries through colonization, dehumanization of African people, promotion of racism, favoritism among others.

The Nigerian Civil War was a war fought between the federal government and the Republic of Biafra, a secessionist state which had declared its independence from Nigeria in 1967. Nigeria was led by General Yakubu Gowon, while Biafra was led by Lt. Colonel Chukwuemeka ‘Emeka’ Odumegwu Ojukwu.

It is generally believed that the Government of United Kingdom backed the federal government of Nigeria through supplying of arms and ammunitions among others which led to the killing of millions of Biafrans. Many believers of Biafra nation who lost families and friends strongly opine that late Queen Elizabeth II being the ruler of England played a major role in what they termed as the persecution of Igbos.

Dr. Uju Anya while speaking further on why she wished the Queen an ‘excruciating’ death accused Elizabeth II of sponsoring the “genocide” that led to her family being displaced.

She also referenced the alleged role of the British empire in supplying the Nigerian government with arms and ammunition during the nation’s civil war which spanned 1967 – 1970.

She said: “If anyone expects me to express anything but disdain for the monarch who supervised a government that sponsored the genocide that massacred and displaced half my family and the consequences of which those alive today are still trying to overcome, you can keep wishing upon a star,”

Exploitation of African countries through colonization

Some Nigerians still held closely the memories of colonization and the alleged atrocities of the white people mostly of the British empire extraction during the colonial era. Most Africans believe that the British under the leadership of Queen Elizabeth II came to Africa to steal, rape and took their lands. Some argued that the white brought religion, education and took over their lands and looted their treasures.

A Nigerian identified as Olawale said the British brought religion and exploited their lands as they diverted their attention to religion and education.

“They enriched themselves with our resources, made our lands their industries while they enjoy the proceeds of their crimes. They raped our women, enslaved our fathers and still want us to praise their leader who supervised the entire scheme. Never”, a rather angry Nigerian said.

Some Nigerians raised the issue of slavery as part of reasons why they would not mourn the deceased Queen of England. They argued that the British came to Africa to molest, enslave and dehumanized the African people because they wanted to take over their lands and acted as superiors.

They argued that the agonies and pains of their forefathers during the colonial areas which Queen Elizabeth II was a major beneficiary still linger in their memories. These Nigerians accused the late Queen of England of being an admirer of such sad memories because she never tendered an apology nor had sober reflection in her 70 years of reign.

They posited that the silence of Queen Elizabeth II over the atrocities of her fathers represents acceptance of such practice and it will be a great dishonor for the memories of their forefathers to mourn her.

‘They intruded a peaceful colony with traditional practice and customs. They raped their women, treated their mothers and fathers as slaves. They killed the brave ones and coldly murdered the experienced ones yet they want the same victims of such atrocities to say good words about the major beneficiary of those atrocities who also continued the exploitation till death’, says Sodiq Lawal.

The Economic Freedom Fighters, a South Africa group via a statement described Queen Elizabeth as the head of an institution, built up and sustained by living off a brutal legacy of dehumanization of millions of people across the world.

The group also accused Queen Elizabeth of being responsible for a “tragic period in Africa’s history”, detailing the effects the effects of Britain’s colonization on different African countries such as Zambia. Zimbabwe and Kenya.

“Britain, under the leadership of the Royal family, took over control of South Africa and since then, the natives have never enjoyed the fruits of the country, instead it is used for the enrichment of the British Royal family”, the group added.

Favoritism, racism among others

Some Nigerians while expressing their grievances cited favoritism among others as part of the reasons why they would not mourn the deceased Queen. While describing the common wealth nations as an Alumni group of colonized countries, they alleged that the Queen headed a royal family that did not introduce fairness in the distribution of gains across board.

Leading the argument on favoritism, Omoyele Sowore who is the presidential candidate of African Action Congress (AAC) urged Nigerians not to mourn the Queen.

“Don’t mourn the Queen. She didn’t die for you! The death of the Queen should herald the end of the ‘Commonwealth’ #WeCantContinueLikeThis.”

He also added that “If Nigeria is going to be part of the “Commonwealth” under my watch as President, then Nigerians must be able to travel to all Commonwealth countries without a visa! #WeCantContinueLikeThis.

Some Nigerians still believe that the Royal Family which the Queen headed for 70 years promoted and engaged in racism by making life unbearable and extremely difficult for black people.

They argued that their forefathers were victims of racial abuse and it is still happening in its least form without major resistance initiated or proposed by the royal family the Queen headed.

They believe that the Queen who headed the royal family for 70 years owe them an apology and must do proper restitution.