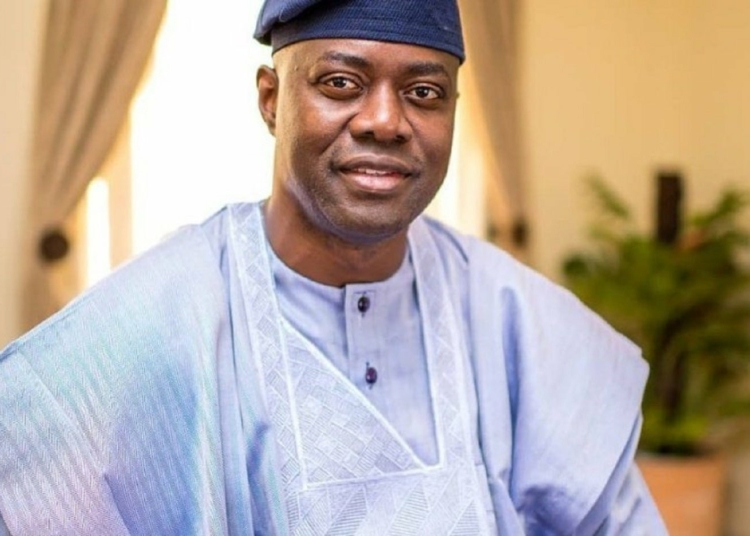 Oyo State’s political system is quite tough. It necessitates additional work and computations. Winners in Oyo are difficult to predict since a variety of factors influence who holds the throne every four years.

Before Abiola Ajimobi, a candidate for the All Progressives Congress (APC), broke the curse in 2015, the state that set the pace had never had a governor serve two terms.

Alao Akala, the first non-Ibadan native to lead the state, was defeated for reelection in 2011 by Senator Abiola Ajimobi. What fate awaits Seyi Makinde? either to become a member of the colony of first-timers or the second governor to be reelected in the state’s history.

The key to the past is always in the present. We must not neglect to carefully address the elements that made Seyi Makinde the winner of the 2019 guber election as we analyze the potential outcomes of the 2023 guber election in Oyo state.

Because of the severe division inside the All Progressives Congress (APC), Oyo chapter, numerous party chieftains left the organization.

The conflict between SENACO, a group loyal to the late senator Abiola Ajimobi, and the “lamists,” another organization committed to the principles of late Lam Adesina, the state’s previous governor, could not be resolved by the late senator Ajimobi.

After the party primaries, which were characterized as an imposition of candidates by resentful party members, this political confrontation intensified. Seyi Makinde was also a result of a coalition and shared support. Some prominent politicians seemed to just want the dominance of the ruling party, the APC, to disappear.

Structures and logistics, among other things, were united to oppose Adelabu Penkelemesi, the All Progressives Congress (APC) candidate for president in 2019, in the election. Adelabu Penkelemesi was beaten by Seyi Makinde, but the PDP lost two senatorial districts and some federal seats to the APC, indicating that the political struggle was likely limited to the state.

Political commentators also blamed the late Abiola Ajimobi’s controversial governorship choices for the loss of the election. Some locals felt far worse about the LAUTECH incident and thought that the late Ajimobi purposefully disregarded the needs of the personnel, students, and management of the university. Due to the fact that he had already founded a technical institution, Oyo residents believed that the late Ajimobi had no specific plans to fix the issue.

Some residents of Ogobomosho made the decision to vote against Adelabu Penkelemesi, the party’s candidate, since they thought the late Ajimobi favoured the Technical University in Ibadan than LAUTECH in Ogobomosho.

They anticipated that Adelabu Penkelemesi will maintain the policies of the late Abiola Ajimobi. Seyi Makinde, the Peoples Democratic Party (PDP) candidate for governor of Oyo State in 2019, emerged as a result of these three issues and more.

Three candidates, Seyi Makinde of the Peoples Democratic Party (PDP), Teslim Folarin of the All Progressives Congress (APC), and Adebayo Adelabu of the Accord Party (AP), are vying for the position of Oyo governor in the 2023 election.

2015 saw the first confrontation between Teslim Folarin and Seyi Makinde. Teslim Folarin, a candidate for the People’s Democratic Party (PDP), received 70,019 votes, while Seyi Makinde, a candidate for the Social Democratic Party (SDP), received 54,740. These political titans will square off against one another for the second time in the upcoming 2023 election.

The political discourse in Oyo State for the 2023 election has been affected by a number of stakeholders. Regarding LAUTECH, Seyi Makinde has done a fantastic job for Oyo State and, most significantly, the residents of Ogobomosho. After negotiating with the Osun State Government, he fully assumed control of the institution and strengthened the college hospital.

Seyi Makinde might only become governor once more if the Ogobomosho people decide to support him in a landslide in the LAUTECH affair. Of course not.

Teslim Folarin and Adebayo Adelabu would have to compete against Seyi Makinde for the votes in Ibadan, Oyo, and Oke-Ogun. Fortunately for him, the same division that caused the APC to lose in 2019 still exists within the party.

Adebayo Adelabu’s political switch from the APC to the AP won’t just lose the APC votes; it will also prevent the party from working together to sweep the PDP out of the state.

Some APC members are still upset over the steps taken to make Teslim Folarin a candidate for governor, particularly the tricks he used to seize power. These disgruntled APC members are prepared to support his opponent or remain impartial.

Teslim Folarin might lessen his anticipated vote loss within the party if he can amicably resolve these resentful party members.

Seyi Makinde must overcome two obstacles, though. He still owes the Peoples Democratic Party (PDP) reasons for the departure of the politician of Igboho ancestry and his former deputy from the administration and party, especially to the residents of Oke-Ogun.

Some party leaders believed the governor and others who supported him had treated Olaniyan, his former deputy, crudely. They are still thinking about how he was removed as deputy and kicked out of the party. That would fall to Seyi Makinde to handle. Oke-Ogun and Oyo appear to be strongholds for the APC. They seem to be given motivation to increase their chances by Seyi Makinde.

Secondly, Atiku Abubakar was chosen as the Peoples Democratic Party PDP presidential ‘s candidate in a formal delegate primary, and Seyi Makinde, a major member of the G-5, a group of Southern governors and some party leaders, wants Iyorchia Ayu, the PDP’s national chairman, to step down.

According to this organization, Atiku Abubakar and Iyorchia Ayu are both from the north. They further argued that a southerner should be let to succeed Iyorchia Ayu in order to maintain power balance and prevent a northward concentration of power within the party.

The governors in this group, along with their supporters, only support their party’s candidates. They promise not to campaign for Atiku Abubakar, the party’s presidential candidate, until Iyorchia Ayu, the national chairman of the party, resigns. In the Southwest, this peculiar occurrence has produced considerable unrest, prompting Atiku Abubakar to establish parallel government structures in the states of these disgruntled governors.

Some party chieftains and party members disagree with Seyi Makinde’s choice to not campaign for Atiku Abubakar. They think it’s a counterproductive approach, and Seyi Makinde, who is also a contender, shouldn’t engage in it. These people have made the decision to avoid his rallies as well. Whether Atiku Abubakar prevails or not, there is a chance that voters from this camp may revolt.

Will Seyi Makinde be able to escape all of these political pitfalls, triumph over his adversaries, and re-enter Agodi House? Every Oyo State resident is wondering this as they wait to see what fate has in store for Seyi Makinde on March 11.

Your thoughts or suggestions on this specific issue are also something we look forward to. Send your feedback to [email protected]om whenever you want.