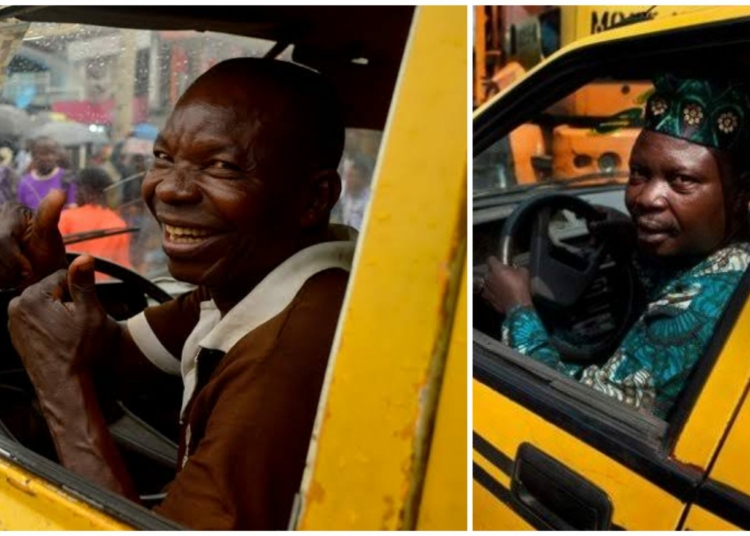 The business of transportation is a very profitable one. Apart from being the largest employer of labor, it is unanimously one of the few businesses in Nigeria that has an existing targeted audience.

Findings by WITHIN NIGERIA revealed that six out of ten ‘suit and tie’ workers engage in transport business as an alternative means of earning more monies to either increase their income or clear their bills.

‘Get a car or bus running on road and start making money’ – a 28-year-old man identified as Adekunle told this reporter when asked how to kick-off the business.

That is the understanding of Adekunle and majority of Nigerians about the business.

A check by WITHIN NIGERIA revealed that there are four major processes which must be strictly followed before one can become a driver in Nigeria.

These revelations are in conflict with the understanding of Adekunle and others on how to become a legal commercial driver.

How to become a driver in Nigeria

This implies that Nigeria is a fertile ground for transportation business considering the population of citizens which is relatively higher than the number of vehicles available for movement of persons and goods.

The very first process to take in becoming a driver in Nigeria is learning how to drive by attending driving schools.

A check by this reporter revealed that eight out of ten Nigerians who are commercial drivers did not attend driving schools.

The second process is acquisition of a valid driver’s license which can only be issued by a concerned government body.

A check by this reporter revealed that eight out of thirteen commercial drivers have valid drivers’ license but only five are in possession of valid ones while the remaining three have expired.

The third process involves acquiring a clean criminal record from the police which proves or affirms the character of the said driver, portraying him or her as a trusted and responsible citizen.

A check by WITHIN NIGERIA revealed that all commercial drivers interviewed by this reporter do not have a clean criminal record while only two out of twelve have heard of it but are not in possession of the document.

The fourth process involves acquiring of necessary receipts from state governments and respective unions to avoid harassment from task officials and marshals established by government and unions to serve as police.

A check by WITHIN NIGERIA revealed that eight out of ten commercial drivers consulted by this reporter have valid additional documents especially receipts of state and unions while the remaining two are in possession of receipts dated 2021.

As the economy bits harder amid rising inflation, there is no business that has not suffered setbacks in terms of revenue generation.

The operational cost of most businesses is sometimes relatively higher than the expected earnings, making it difficult for business owners to run their enterprises or firms.

However, the purpose of this research work is to look into the challenges commercial drivers face on daily basis and how they end up being broke after a very long day at work.

Some commercial drivers who spoke with WITHIN NIGERIA narrated their individual experiences so far in this profession.

This reporter carefully noted the critical observations and major challenges that crippled their earning.

A man in his early fifties identified as Mr. Josiah decried the cost of petrol, cited it as one of the critical factors responsible for poverty and hunger amidst commercial drivers.

Most commercial drivers exhaust their gains or profits on petrol, finding it difficult to provide for their respective families. I just want to appeal to government to do something about the price of petrol, a rather sad Josiah said.

Another driver identified as Dotun said drivers could no longer bear the high cost of petrol because it is affecting their profits.

We can not increase the number of people per seat. We can not increase transport fare anyhow, people would lament. We are just doing this business to keep body and soul together. High cost of petrol is really affecting us, 32-year-old native of Ikole-Ekiti added.

For Musiliu – father of three kids, high cost of spare parts remains a clog in the wheels of growth and development of transport business.

A 45-year-old man identified as Adekola Musiliu complained bitterly about the high cost and scarcity of spare parts.

Musiliu said price of second hand spare parts is also high and the charges of mechanics, panel-beaters are not pleasant too.

According to the resident of Akure, the skyrocketed prices of spare parts have made it difficult for drivers to repair faulty vehicles instead they manage the faulty vehicles in transporting people and goods to their various destination.

Another driver fondly called ‘Baba Setemi’ told WITHIN NIGERIA that it now requires deep thought and fear to take faulty vehicles to mechanic workshop due to high charges.

“I can not blame them. They have wives, children to feed. They have rents to pay, school fees to settle. If they do not increase charges, they might not be able to patronize others”, Baba Setemi added.

Higher purchase means buying a car from a dealer at a relatively high price and payment is scheduled to be weekly or monthly.

A driver identified as Kolapo Adelegan decried the high rate at which most dealers sell vehicles for them because they can not pay up at once.

“I can not provide for my family as expected. My wife has been the one taking care of the children. If I earn N5000, I spend it on fuel and save the rest which must be paid at appropriate time. Life has not been fair to us”, a rather sad Adelegan said.

Another driver fondly called Daddy Ayo told this reporter that he has seven months left to pay up his debts before the vehicle can finally become his own.

Recounting his bitter experiences in the course of repayment of his debt, Daddy Ayo said his two children who are still in school had to stay back home for some months because he could not pay their tuition fees.

“My wife worked as a cleaner in some schools and companies to make ends meet. Infact, there was a time we barely eat two times a day due to the non-availability of funds but we survived it”, Daddy Ayo added.

For Adeniyi Oluwaseun, extortion and harassment from ‘Agberos’ who work for unions including task-officers who work for state governments are greatest challenges affecting the gains and profits of commercial drivers.

The 37-year-old man while expressing his grievances said every driver must pay for tickets on daily basis and task officials of the government will impound their vehicles if necessary fees are not paid.

A check by WITHIN NIGERIA revealed that eight out of ten commercial drivers pay atleast N1500 to Agberos everyday while the other two only pay when doubled crossed by ticket-touts.

Seun, a father of two complained bitterly about the actions of these ticket touts and narrated how they use sticks and rods to hit driver and sometimes place a log of wood full of nails on the road to harass drivers.

Another driver identified as Lukman said state government do not help matter too through exhorbitant charges via tickets, accusing state governments of permitting ticket touts and union officials to harass drivers for political reason.
Alcohol, side chics

Adekanmi Adeeyo, a resident of Osogbo told this reporter that he and his friends always meet at a popular joint every night to consume some bottles of beer.

‘You know our job is not easy. We work from day to night. We spend our leisure time taking some bottles of beer before we resume to our beds”.
‘It is a means of relaxing our nerves after a strenuous work’, he added.

Adeeyo says he does not want to talk about side chics because he can not speak for others.

“I know some colleagues have side chics but it is not my business. Women and alcohols drive every business not only transport. That is all I can say, Adeeyo added.