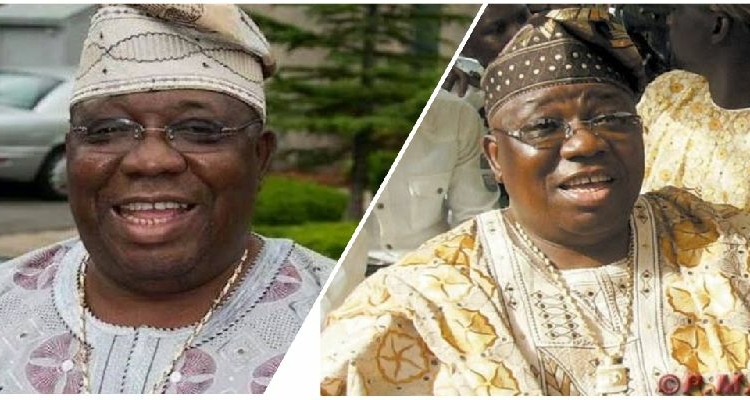 Sikiru Ololade Ayinde Balogun was arguably a ‘prophet of music’. Ayinde, a butcher’s child who grew up in the slums of Lagos, navigated his way to stardom and warmed peoples hearts with sonorous voice and fierce percussions.

Ayinde, the son of Balogun was not a legal practitioner but he earned the title “barrister” as a stage name when he was a leader of a 25-piece band, the Supreme Fuji Commanders, and a smaller group, the Africa Musical International Ambassadors.

While many attributed the steady and continuous growth of his genre of music; Fuji which was created from ‘were music’ to lack of generational succession in Juju and Apala music, it would be a great disservice not to hail the efforts and contributions of Sikiru Ayinde Barrister who accommodated modern musical instruments like keyboard, trumpets, mouth organ, jazz among others in taking the genre of music into new dimension.

Many opinion writers have posite that the story of Fuji music is incomplete without tracing its roots back to its early days when Muslims were its major admirers. It all started as an intending religious music which was mainly attributed to Muslims during Ramadan.

The incorporation of musical elements of highlife, afrobeats, reggae and disco which refined its existing musical parameters made it acceptable for all sections of the society regardless of religion.

There are claims that the late Sikiru Ayinde Barrister named his genre of music, Fuji in respect to a popular Mountain of love in Japan called Fuji Mountain.

Sikiru Ayinde Barrister through the exciting participations of other artistes like Ayinla Kollington took Fuji music he introduced in the 1970s to new level and it received huge acceptance from the public.

From emergence to awards collections

However, majority of Sikiru Ayinde Barrister’s fans still believe that he is less appreciated and the efforts, contributions of their favourite singer in building the Nigerian music industry are not properly commended and rewarded by concerned stakeholders.

Truly, he was consistent, admirable, resilient and committed to the growth and progress of genre of music he inspired. He died barely 12 years ago in St. Mary Hospital, London, United Kingdom as a proud originator of Fuji, a genre of music he introduced in the 1970s.

A check by WITHIN NIGERIA revealed that Sikiru Ayinde Barrister received some awards and recognitions for his contributions against the notion of his admirers who argued that he was not properly commended and rewarded by concerned stakeholders.

The late 80s was a great and exciting one for the Fuji commander. He bagged a honorary doctorate degree from City University Los Angeles (CULA), consequent upon a chart busting album, ‘Aiye’ he did on Disney World in 1980.

It was gathered that the album which exposed the wonders of Disney World located in Orlando, USA upon his visit to the tourist centre raised the profile of Disney World and was translated into English language and presented to CULA.

A check revealed that he was presented with the honorary citizenship and Key to the City of Providence, USA in 1986 during his first American musical tour. Ayinde was also honored by the Kano Emirate as the Sarkin Waka (King of Music).

The Tony Okoroji led Performing Musician Association of Nigeria (PMAN) named him as the Best Traditional Musician in Nigeria, upon the success of the evergreen, record-breaking and pacesetting album series, Fuji Garbage Series.

Likewise, the then secretary general of the Commonwealth of Nations, Chief Emeka Anyaoku in 1989 presented an award to him as the Musical Legend of the Commonwealth, during his European Summer Tour sponsored by Britain-based Nigerian National Union. After first failed attempt in 1987, he was eventually honored with the title of Member of the Order of the Federal Republic (MFR) in 2006 by the Olusegun Obasanjo led administration.

According to Wikipedia, Sikiru Ololade Ayinde Barrister was born on 9 February 1948, to the family of Salawu Balogun who was a trader from Ibadan, and his father was a butcher.

He had his early education at Muslim Mission School and the Model School, Mushin, Lagos. He later studied typing and other commercial related classes at Yaba Polytechnic.

Sikiru Ololade Ayinde Balogun had 16 wives and no fewer than 62 children. Some of his wives are; Yetunde, Bola, Bisi, Olayinka, Kehinde, Yemi, Mejidat, Faderera, Alhaja Morufat, Aisha, Balogun, Memunat among others.

During his eight day fidau prayer held in his honor at Fuji Chambers in Isolo, Lagos, 16 women tagged as his wives wore the same Ankara Aso Ebi and they all sat down inside a tent.

He worked as a typist, also known today as a secretary for Nigerian Breweries and was later enlisted as a clerk in the Nigerian Army during the Nigeria Civil War. He served in the 10th Brigade of the 2nd Division of the Nigerian Army under Col Adeniran and fought in Awka, Abagana and Onitsha. On his return from the war, he was posted to the Army Signals Headquarters, Apapa and later to the Army Resettlement Centre, Oshodi.

He left the army to become a full-time musician and proceeded to start a full-fledged band of 34 percussionists and vocalists called the “Supreme Fuji Commanders”.

In 1966, Ayinde Barrister released his first LP record. During the time, he usually played with his band at events around Ebute Meta and Lagos mostly to Muslim clients. He released further records under the label African Songs Ltd before starting his own label Siky-Oluyole Records.

Among the LP’s released under African songs is Bisimilahi (1977) and Ile Aiye Dun Pupo/Love in Tokyo (India Sound) (1976). By the early 1980s, Ayinde Barrister and Fuji music had become accepted by all religions in the country. He went on to record various albums including Iwa (1982), Nigeria (1983), Fuji Garbage (1988) and New Fuji Garbage (1993) under his imprint. He had a popular record titled Reality (2004). He had a bitter feud with another Fuji singer, Kollington Ayinla in 1982.

The journey of life is too long to end without altercations. Those who lived simple life or non-celebrities did not escape hurdles attached to the race of life. Like many celebrities too, Sikiru Ayinde Barrister’s case was no different. As a singer who actively warmed our hearts across three generations, he was a subject of many controversies.

One of the many controversies was when he was falsely accused of killing a participant at a masquerade festival in 1974. Sikiru Ayinde who recently concluded his pilgrimage then at the holy city of Mecca in a track record titled “Ori mi ewo ni nse” dismissed the false accusation and explained the entire incident.

In late 1970s, Ayinla Omowura openly rebuked the Fuji creator in the album titled, ‘Omi tuntun tiru’. He lasted Sikiru Ayinde Barrister in the album and also alleged that he called him a copycat. It was gathered that Barrister did not throw second punch rather in his subsequent album, ‘Awa o ja’ which was released in late 1979 persuaded his teeming fans.

He claimed that there were many Ayindes in Fuji and he was not the point of contact in Omowura’s album. He also added that if Omowura could abuse him in his album, then he has become famous. Barely a year after, Omowura was killed by his stage manner and Barrister was accused of having a hand in it diabolically.

Many fans surely remember the fierce rivalry between Ayinla Kollington and Sikiru Ayinde Barrister. His first attempt to caution Ayinla Kollington in an album titled, ‘Esimi Rascality’ was a complete hit as it dominated the air waves then. However, the fierce rivalry which led to serious conflict was settled after the ‘Esimi Rascality’ album by Chief Kolawole Idowu, and a former Lagos deputy governor, Chief Rafiu Jafojo.

Another controversy that nearly consumed Barrister was the fight with his promoter, Olabisi Ajala of Ajala Travel fame. According to report, Barrister wanted to disengage his services owing to high service rate and emergence of alternatives such as newspapers and personal connections he had garnered over the years.

However, the conflict according to reports prompted Barrister to throw insults or abuse at Ajala in his album titled, ‘Oke Agba’ after Ajala’s exposure of Barrister’s pro-NPN, anti-Awolowo stance. The conflict that seemed unending was later resolved by Ebenezer Obey, MKO Abiola and M Ola Kazeem, a record producer.

Do you remember the woman who claimed that she begot Sikiru Ayinde Barrister? Have you not forgotten his 2003 album where he talked about his health issue? The reactivation of rivalry between Ayinla Kollington and Sikiru Ayinde Balogun did not help matter too. And lastly, the crowning of Saheed Osupa as the King of Fuji Music caused an uproar within the Fuji community and was arguably the last controversy the pioneer of Fuji had.

By 16th of December, 2010, it will be exactly 12 years the inarguably ‘creator of Fuji music’ and arguably ‘prophet of music’ left this world and embarked on a journey to heaven. Sikiru, son of a butcher only died in flesh but his songs and contributions to Nigerian music industry continue to live in our memories.