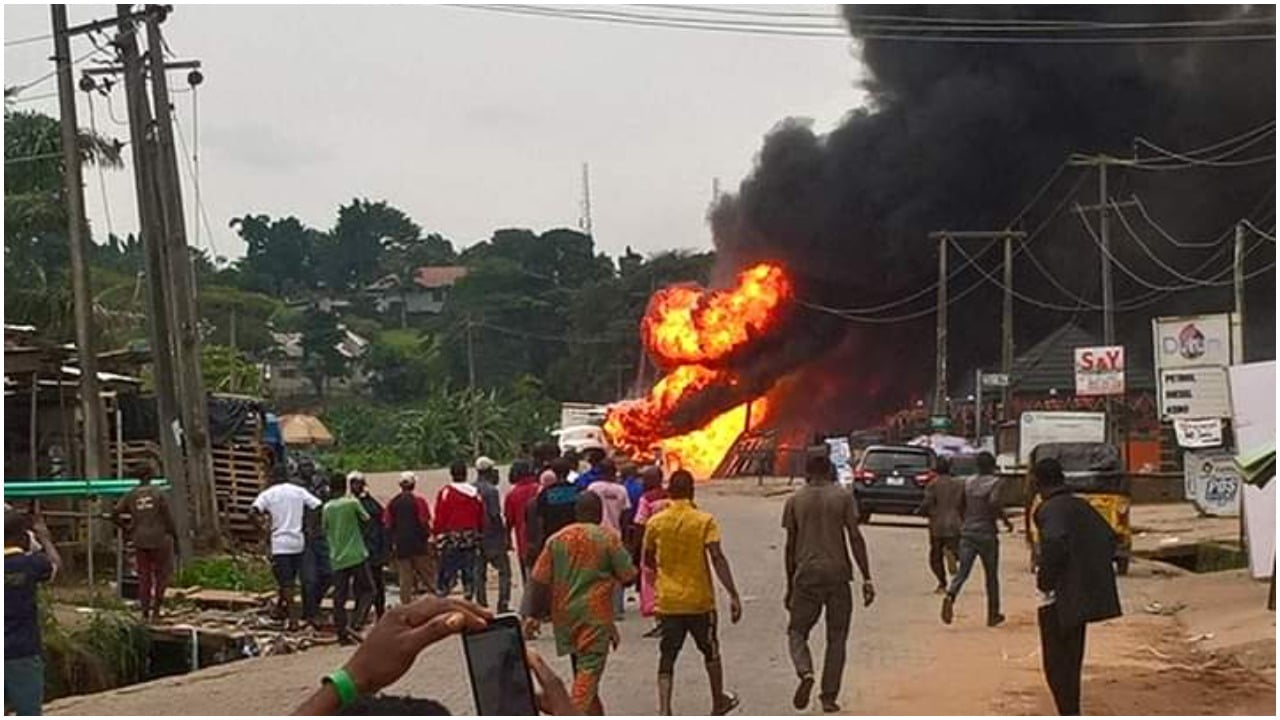 Three burnt to death as gas explodes in Abeokuta

A gas explosion on Wednesday burnt no fewer than three persons, including an infant to death in Abeokuta, the Ogun state.

It was gathered that the incident occurred at Oke-Egunya, along NTA road, Abeokuta.

According to an eyewitness account, the fire incident started when a technician visited a house in the area to service a faulty refrigerator.

“In the process of topping up gas into the refrigerator, there was an attraction of fire from someone cooking and there came an explosion,” an eyewitness told DAILY POST.

The Director of Fire Service, Ogun State, Engr Fatai Adefala, has confirmed the incident to newsmen.

Adefala said his men, after receiving the distress call, raced to the scene to put out the fire.

However, three were burnt to death as they could not escape from the explosion, it was gathered.

“We received a distress call at 3:15pm at Oke-Igbore. We learnt it was a spark of fire. On getting there, we discovered it was a gas explosion.

“What really happened was that they were cooking outside with fire and unfortunately the gas exploded. They were trying to top the gas in the fridge, in the process, it exploded.

“Three lives were lost, one infant was among them. For now, the bodies are still lying there. You know it was those who are living in that house that were affected. It was an ancient building.

“Our men are still at the scene of the incident, including other agencies like the Police, DSS and others,” Adefala explained.