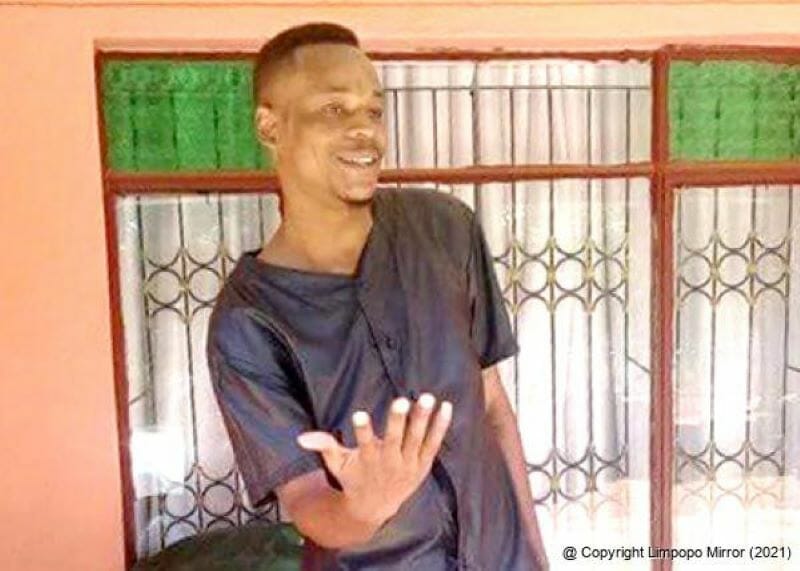 A 28-year-old South African man, Mukhethwa Tshivhase appeared before the Thohoyandou Magistrate’s Court on Tuesday, September 7 for allegedly killing his mother with a broomstick because she ‘hid their food in her room’

He said that the deceased, Caroline Tshivhangwaho Khomola,58, was asleep when her son came home and demanded food from his mother.

According to Malabi-Dzhangi, Tshivhase started accusing his mother of hiding their food in her bedroom and allegedly became so angry that he picked up a broomstick and started assaulting his mother with it.

The mother tried to run away but collapsed at the gate. She was taken to Donald Fraser Hospital, where she was certified dead on arrival.

Limpopo police spokesperson Brigadier Motlafela Mojapelo confirmed that the police in Thohoyandou are investigating a case of murder.

His case was postponed to Monday, 13 September, for a formal bail application and for the accused to get a legal representative. He was remanded in custody.

The traditional leader of Matangari village, Vhamusanda Mutulagole Nyamande, was very shocked about the incident and said that Tshivhase was supposed to protect and look after his mother.

Caroline Khomola worked as a cleaner prior to her death. She will be buried in Matangari-Tshiumoni village on Saturday, 11 September.