Update: Italian man who killed his Nigerian wife arrested after 30 hours on the run

The Italian police has arrested 61-year-old, Pierangelo Pellizzari, who murdered his Nigerian wife, Amenze Rita after she reportedly filed for divorce.

WITHIN NIGERIA had reported that 31-year-old Amenze was killed in front of her colleagues in the parking lot of Mf Mushroom, a company where she worked on Friday morning, September 10, in Noventa Vicentina.

The suspect was arrested on Saturday afternoon, September 11, after over 30 hours on the run.

The unemployed man was tracked down in a house near his home in Villaga, hidden in a chicken coop, still with the gun in his pocket.

The carabinieri managed to surround and capture him. He didn’t resist arrest.

“We are taking him to the barracks”, confirms Nicola Bianchi, provincial commander of Vicenza.

According to a statement from the public prosecutor’s office, Amenze was hit by four bullets, one of which shattered her face.

The victim tried to take cover with her arms, which were also grazed by the bullets.

As Amenze’s corpse slid to the ground between two cars, Pellizzari fired a shot in the air to secure his escape.

Witnesses said that the suspect then calmly slipped the gun into his jacket, got into his SUV and drove away. 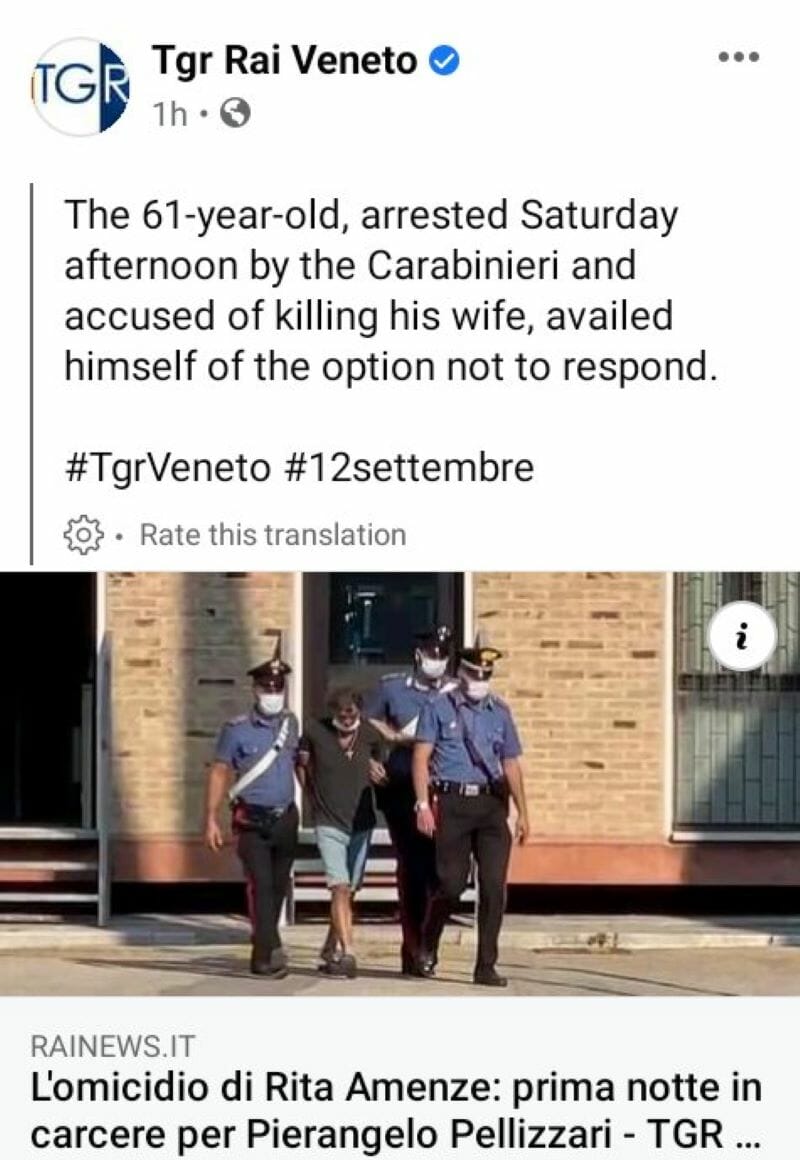