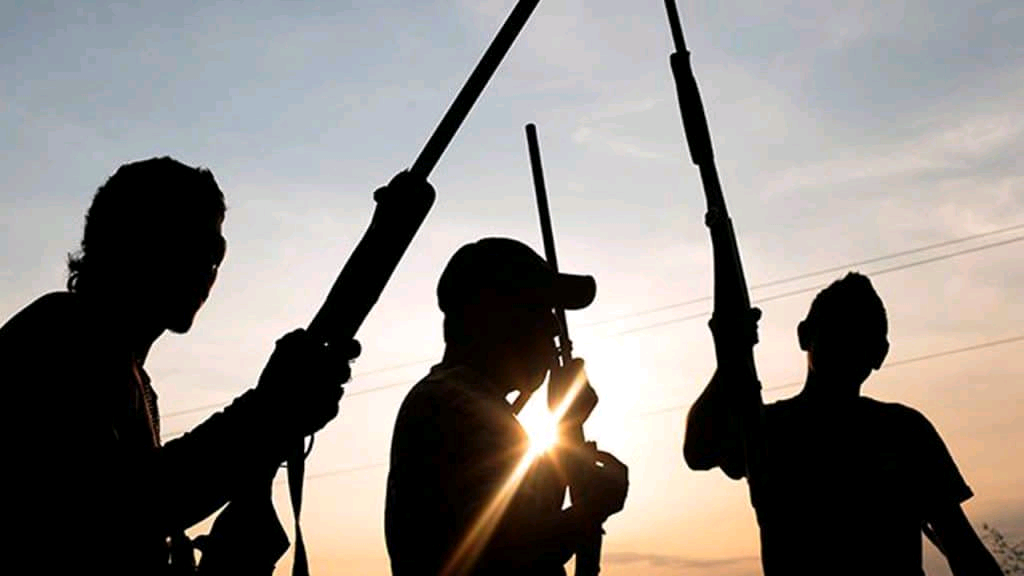 Some unknown gunmen have once kidnapped three residents of Ogun State, demanding a ransom of N10m and hard drugs for their release.

The kidnappers were alleged to have shot one individual while he was fighting them, but he eventually fled.

The gunmen were hiding in a thicket in the Obada-Oko district of Abeokuta, the capital of Ogun State, the same community where some white garment church members were kidnapped a few weeks ago.

According to sources, the kidnappers fled with three locals while the police engaged them in a gunfight on Saturday.

The survivor, Razaq Lasisi, recounted his horror, describing how he just avoided the hoodlums.

According to Lasisi, who identified himself as a former secondary school principal, he was on his way returning home from his workplace around 9pm when they made an attempt to kidnap him at a place he called Ogba Kehinde, a stone’s throw to his house.

Speaking, Lasisi said, “the kidnappers have called today and asked us to pay N10 million before they can release their victims.

“They said we should come along with packs of codeine, marijuana, water and food as ransom.

“But, after serious appeals, they have reduced the ransom to N1.5 million with codeine, water and food.”

Narrating his ordeal, Lasisi said, “Immediately I tried to escape, one of them shot me twice, and as I was about to move faster, one grabbed me and I gave the person a heavy blow which made him to leave me. Blood spread all over my body and I have to run down to my neighbour’s house.

“So, I told my neighbour that he should take me to Aro Psychiatric hospital because I felt that was the only place I could be treated.”

Contacted, the Police Public Relations Officer in the State, Abimbola Oyeyemi confirmed the incident, saying one suspect had been arrested.

“Yes, it is true. The suspect arrested is a strong member of the kidnappers. We have commenced the investigation and we would soon arrest them,” Oyeyemi stated.