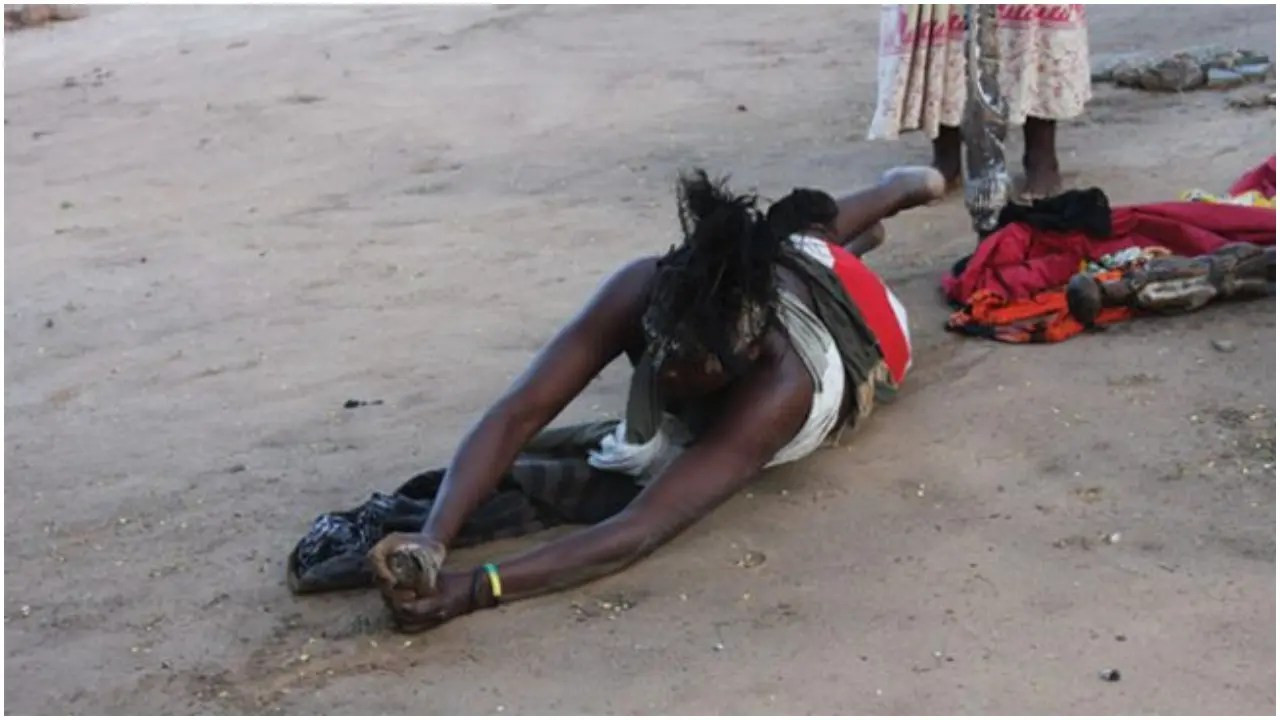 Villagers in Inyathi’s Village 5 of Zimbabwe, alleged that a mysterious snake is “raping” women, inflicting weak erections on men and stealing their money.

They are claiming that the snake belong to a fellow villager who is using it to make money.

According to B-Metro, One of the villagers said; “Our husbands work tirelessly to feed the families but we don’t see the outcomes as whatever money they earn just disappears into air thin without being used and this seems to be happening in many homes because everyone is complaining of the same that is why we suspect that this is someone’s snake.”

It was gathered that the snake was first spotted on a mountain in a sack by a hunter. He then alerted the village head who acted on the information. Upon getting to the mountain, they ”found the sack with used pampers.”

After a self styled Tsikamutanda was summoned to cleanse the village, a whirlwind reportedly rose and moved about until it stopped at the homestead of a woman suspected to be the owner of the snake.

On her own part, the woman accused the villagers of being jealous of her. She told the publication that those making the “false claim” are jealous of her family’s success.