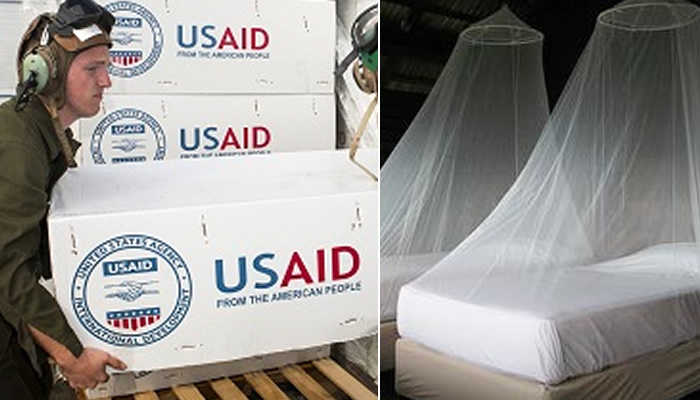 A statement by the U.S. Embassy on Friday in Abuja quoted USAID/Nigeria Mission Director, Stephen Haykin, saying the nets were worth 4.5 million US Dollars.

Haykin said that the nets would be distributed in all local government areas of the state.

“The U. S. Government also provided additional 1 million US Dollars for logistics, including transportation community mobilisation, and training of workers on how to distribute the bed nets.

“The nets and logistics support provided for their distribution are a gift from the American People to the People of Nasarawa State.

“Every year, PMI supports two to three states in Nigeria with such campaigns.

He said the support was to increase access to malaria related health services, scale up access to malaria prevention within every household especially the poor, and for sustainable investment that can bring about great economic returns.

“Malaria is one of the leading killers of children and cause of illness in Nigeria, particularly during the rainy season when mosquitoes multiply rapidly.

“Eliminating malaria in Nasarawa State and throughout Nigeria as a whole is possible if we all work together to achieve that,” he said.

He said since 2011, USAID and CDC had supported PMI with the procurement of over 31 million Bed nets for distribution, and delivered to more than 60 million people.
“Since 2011, the U.S. Government has spent more than 420 million US Dollars to control malaria in Nigeria.

“In addition, the U.S. Government supports advocacy and mobilization to encourage members of the community to sleep under the bed nets every night, and trains health workers to test for malaria before treatment,” he added.