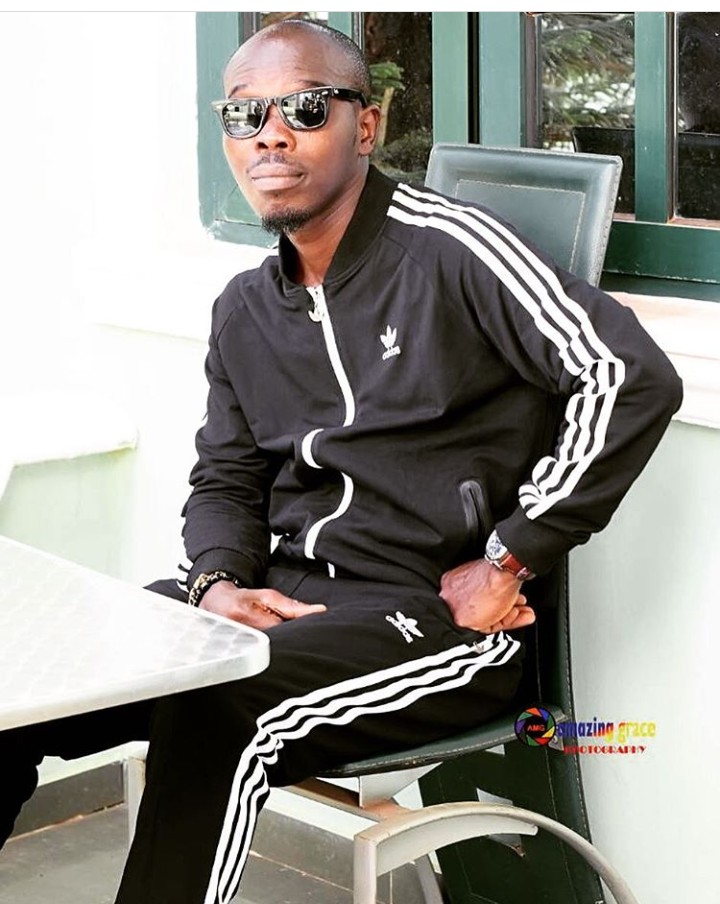 Popular comic actor, Omotayo Amokade aka Ijebu has just escaped death at an unknown hotel after his room caught fire.

Only God knows what could have caused the fire but the flame started from the Air Conditioner in the room.

He was rescued by some Samaritans who came to quench the fire. See this video.

Comic actor popularly known as Ijebu celebrates his birthday today, May 4th, 2016. His real names are OLATAYO AMOKADE but is the sole owner to the name Ijebu.
Here are few facts about Ijebu that you probably didn’t know:

1] He was born in Ilisan Remo, Ogun State.

2] He graduated from Ibadan Polytechnic where he acquired a National Diploma in Mass Communication.

3] He joined the industry through Muyiwa Ademola Authentic School of Drama.

4] He worked with another comic actor, Olaniyi Afonja a.k.a Sanyeri as his P.A/Manager for years.

5] Ijebu finally broke into the limelight after he shot his maiden film titled, Muniru and Ambali written by Sanyeri but produced by him.

6] He got inspiration by imitating hisfather ways of dressing just to practice the profession and entertain people.

7] He is happily married to his long time girlfriend and they both are proud parents.