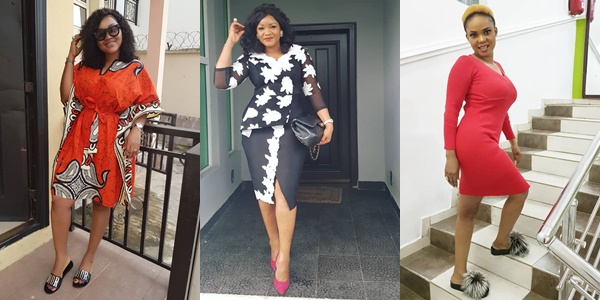 Gone are those days when forty was the age which reminded one of aging, but some say, forty is the new twenty and that is seemingly true especially in the case of these gorgeous Nollywood Actresses.

Many of these women clocked 40 within the first half of 2018 yet they still appear radiant and elegant. We can totally say that life truly begins at age 40 and these 9 female celebrities are all the proof we need.

Nollywood film debut in 1995, the leading actress has appeared in 300 films, selling millions of video copies.

She was born on February 7, 1978. She recently became a voting member of the OSCARS Academy which is indeed a huge milestone.

Omoni Oboli is a Nigerian actress, scriptwriter, film director, producer and a trained digital filmmaker. She was born on the 22nd of April in the year 1978. To mark her fortieth birthday she released a tell-all book titled “The Stars Are Ageless”.

Stella Damasus is a Nigerian actress and singer. Born on 24 April 1978. In 2009, she was nominated for Best Actress in a Leading Role at the Africa Movie Academy Awards.

Mercy Aigbe is a Nigerian actress, director, and businesswoman. She is best known for her Yoruba language movies. She was born on January 1, 1978. She is the mother of two lovely kids.

Adediwura Adesegha aka Blark Gold was born in 1978. She has been in the Nigerian movie industry since the year 2008. The Graduate of English Language from Lagos State University has been featured in many Yoruba movies alongside stars like; Regina Chukwu, Liz da Silva, Funke Adesiyan.

Foluke Daramola-Salako is famous for her roles in Yoruba movies. She was nominated for Africa Movie Academy Award for Best Actress in a Supporting Role in 2013. She was born on February 15, 1978.

Helen Paul is a comedian, singer, and actress. She is also a stand-up comedian, known as Tatafo, characterized by a voice range that made her sound like a child. She was born on May 1, 1978.

Alice Iyabo Ojo is a Nigerian film actress, director, and producer. She has featured in more than 150 films, as well as producing over 14 of her own. She was born on December 21, 1977.

9. Kemi Afolabi
Kemi Afolabi is a talented Nollywood actress, film producer and scriptwriter who is well known in the Yoruba film sector. She was born on the 28th of April 1978.

In 2016, Kemi Afolabi won the Best Yoruba Actress Of The Year at City People Awards and the Most Prominent Actress award at the Odua Image Awards

Why I’ll forever be grateful to Davido —Yonda

Foluke Daramola debunks the news of her death, placed curses on rumor mongers

Nobody should be castigated over body enhancement, Mercy Aigbe says

Coronavirus: Comedian Funnybone Threatens To Sue UK Returnee Who Showed Up At AMVCA Despite Being Sick