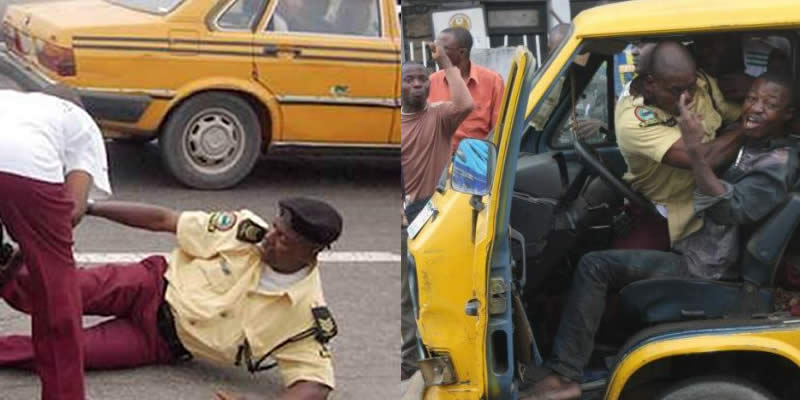 A driver, Abuchi Okpara, has been arrested by the police for allegedly hitting an official of the Lagos State Traffic Management Authority, Ogunmeru Obafemi, in the Igando area of Lagos State.

Okpara, who allegedly fled to Ghana after the incident, was apprehended by his boss, the General Manager of King Solomon Chariots Transportation, Johnson Ogbonnaya.

A statement on Tuesday by the LASTMA Public Affairs Officer, Mahmud Hassan, said Ogbonnaya went to Ghana to bring down the suspect to face justice.

“The offender was driving a Ghana-bound Nigeria commercial vehicle with the number plate, KJA 633 XT; he dropped passengers at an undesignated spot at Igando.

“The driver’s failure to obey Ogunmeru’s directive and desperate manoeuvring to evade arrest led to Okpara running his vehicle over the traffic official,” Hassan said.

Ghanaian secondary school rapper gets the attention of Wyclef Jean…

The LASTMA spokesperson noted that the official was rushed to the Igando General Hospital from where he was transferred to the Lagos State University Teaching Hospital, Ikeja.

Hassan said the driver had been arraigned before an Igando Magistrates’ Court and remanded in the Kirikiri prison.

The LASTMA General Manager, Mr Olawale Musa, said the trend of attacks on traffic officials by some motorists was of great concern to the government.

‘She held my manhood, I killed her trying to free myself’, says Nigerian…