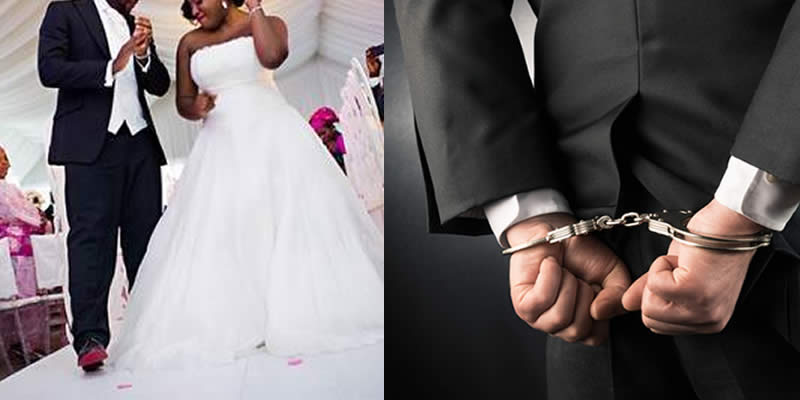 Aliu was arrested on his wedding day, and is facing trial on a charge of stealing preferred against him by the police. The defendant however , pleaded not guilty to the charge.

“One of the customer’s gave the defendant N840, 000 and another customer gave him N160, 000, but the accused absconded with the money. Mustapha was arrested on August 11, during his wedding after the police got information that he was getting married. The police waited for him to exchange his marriage vows after which he was apprehended and charged,” Mishozunnu said.

According to the prosecutor, the offence contravened Section 287(7) of the Criminal Law of Lagos State, 2015. The defence counsel, M. A. Rufai, urged the court to grant bail to the defendant on most liberal terms.

In his ruling, the magistrate, Y.O. Aro-Lambo, granted a N200, 000 bail to the defendant with two sureties in like sum. He said that one of the sureties must be a community leader, adding that they must show evidence of tax payment to the Lagos State Government and have their addresses verified.

The case was adjourned until September 11 for trial.