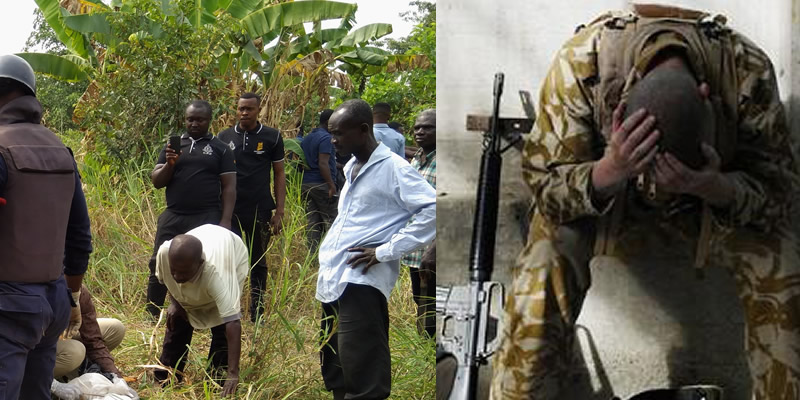 Not less that three personnel serving the Special Task Force in Plateau code named Operation Safe Haven (OPSH) have been killed while trying to restore calm between herders and farmers in the state.

Herders and farmers in Barkin Ladi local government of Plateau state have been involved in violent conflicts leading to lost of many lives in recent past.

The commander of OPSH Major General Augustine Agundu who broke the sad news to pressmen in a Jos on Saturday, vowed to bring the killers of the personnel of the task force to justice.

Gen Agundu said, “I have lost three men, they were killed in action as a result of this circle of violence that has resurfaced. The worst of it is that the proliferation of arms in Plateau is out of magnitude.

“I have locked down Barkin-ladi, this act will never repeat itself. We have made efforts to reconcile the Waring factions but they have remain adamant. My troops have resolved to end the on going hostilities in Ryiom, Barkin-Ladi and Bassa LGA’s.

“The message I am sending to all level of leadership is to get their youths to decorum and civility so that the ordinary man and woman in the community could live peacefully. We are determined to return Plateau to its slogan of Home of Peace and Tourism”, he said.

The Nation learnt that the circle violence in some communities in the State has not abated in spite of the efforts of men of the special task force. There have been harvest of deaths in the communities within the last few weeks.

READ: There will be no peace in Nigeria if Fulanis are denied their rights — Miyetti Allah

There are no sign that the violence will abate soon as killings continued almost on daily bases.