Davido’s uncle, Senator Ademola Adeleke is obviously more famous for his dancing skills than his political feats in Nigeria.

Well, a viral video of someone who looks like the dancing Senator, shaking a derriere in a suggestive manner, has got the social media divided.

Guys oya calm down, Davido has come out to say the mystery twerker is not Senator Adeleke. Says some of you thinking that's his uncle must be blind🤷‍♀️🤷‍♀️🤷‍♀️ #Trendingnow

This video of his dance moves are now commonplace, making it easy for folks to think that the man twerking in a latest viral video, was indeed the senator.

Pop star, Davido who is the senator’s nephew, disagrees with those who are saying that the twerker is his dancing uncle.

Responding to a Twitter user who posted the video, Davido wrote; 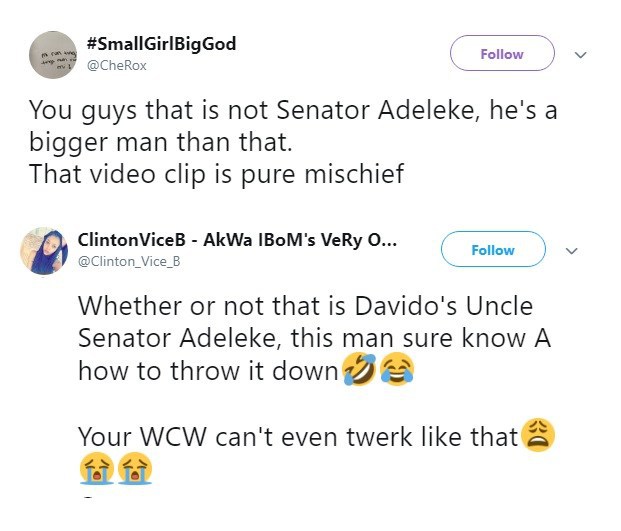 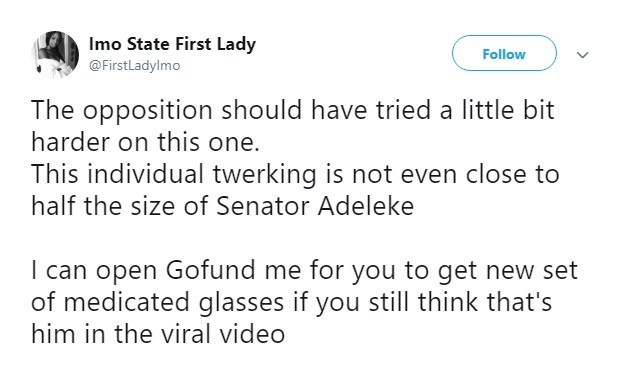 Another interesting Story; This is how to do it! Heavily pregnant Linda Ikeji spotted as she rocks the dance studio