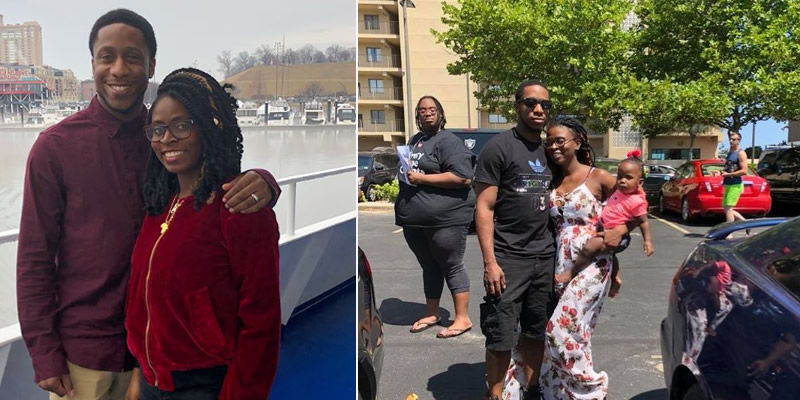 I wanted to take off with his money but I fell in love — TASUED Alumni confesses, years after meeting American husband on Facebook

A Nigerian lady said she met her American husband 4 years ago on Facebook when she was only 17 and they got married 2 years ago.

Debbie, who now has a 1-year-old daughter with her American husband, said she met him on Facebook in 2014. She was 17 and he was 22. Her intention at the time was just to get her hands on his money, but they began chatting and fell in love.

She was a student of Tai Solarin University of Education, TASUED, Ijebu Ode, Ogun state at the time and after chatting for 8 months, he came to Nigeria to see her in Ijebu Ode, in 2015. He returned to Ijebu Ode two more times after that, then helped her apply for a USA visa. Her visa application eventually got approved and, in 2016, she travelled to join him in the US. 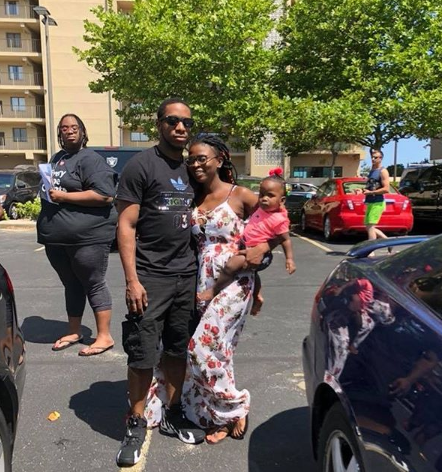 They got married that same year and now have a 1-year-old daughter. 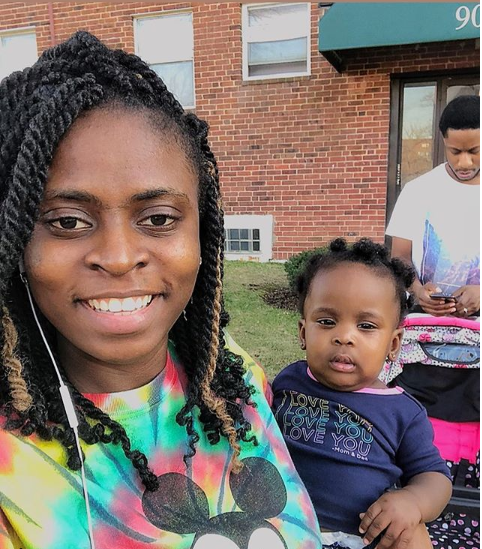 Read her story in the screenshots below. 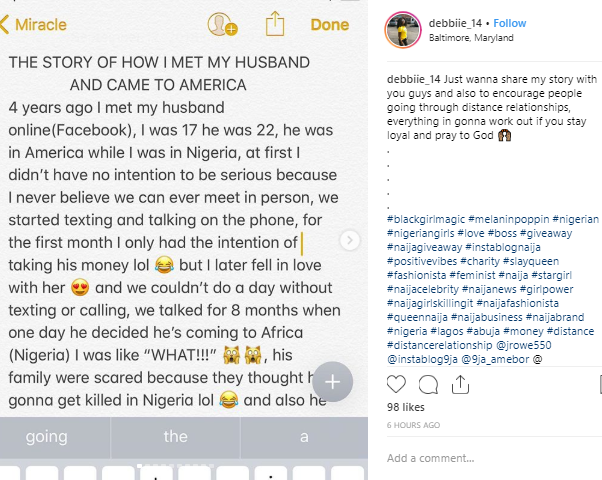 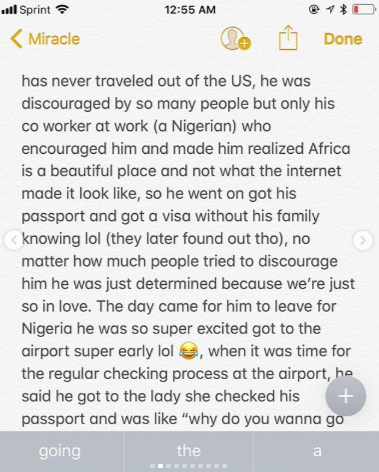 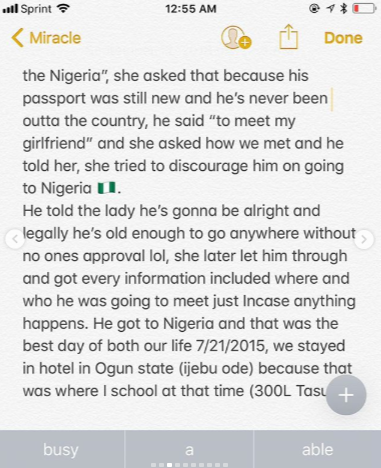 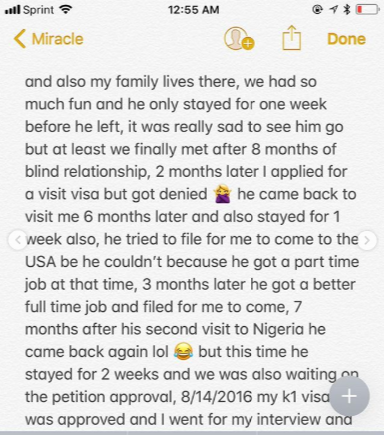 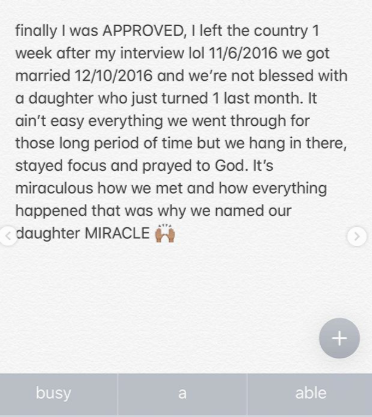