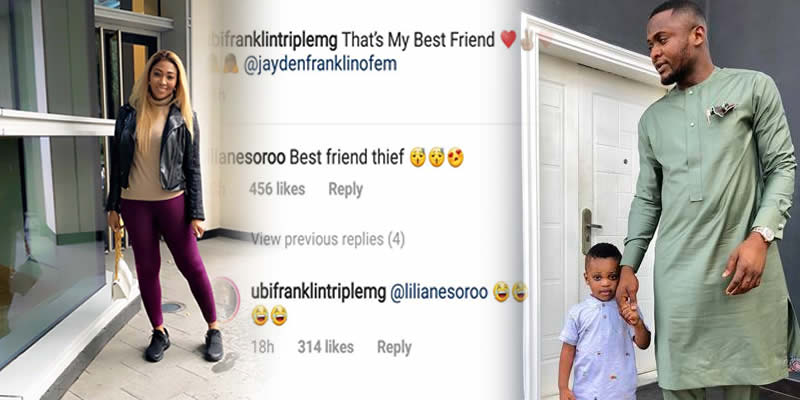 Actress Lilian Esoro in tears, as she accuses her ex, Ubi Franklin, of stealing their son

Nollywood actress Lilian Esoro has taken to social media to call out her estranged husband, Ubi Franklin for stealing their son.

However, it is not what you might think as it was just a friendly banter between two parents. 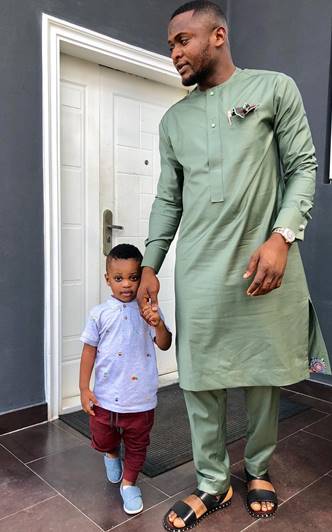 It all started when Ubi shared the above photo of himself with their son Jayden , with the caption;

READ: “I almost lost my son” – Tonto Dikeh share her experience in past few weeks, thanks bobrisky and other

We will regulate, not shut down social media, says Lai Mohammed

Lilian then jokingly called him ‘best friend thief’ to which the music executive responded with laughing emojis.

See their exchange below; 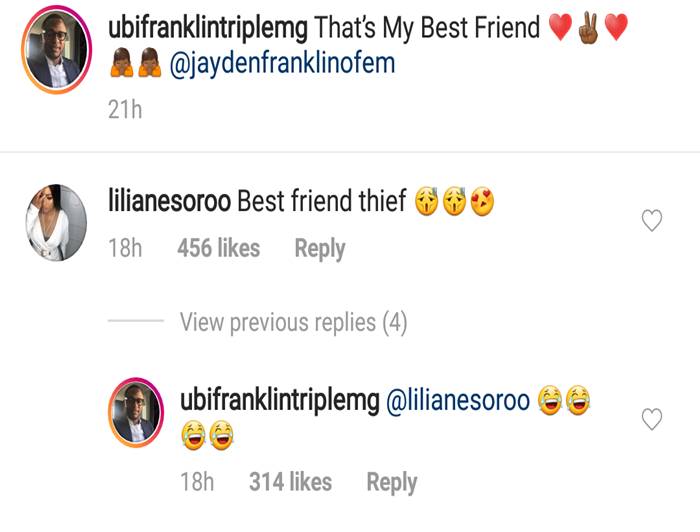 Lilian who primarily has custody of their son, Jayden, is currently on vacation in Europe. The couple split less than one year after their wedding in 2016. And also, you may like this story too; Young girl, Ho Lar Sugar who was gang raped by 5 teenage boys empowered by a Good Samaritan