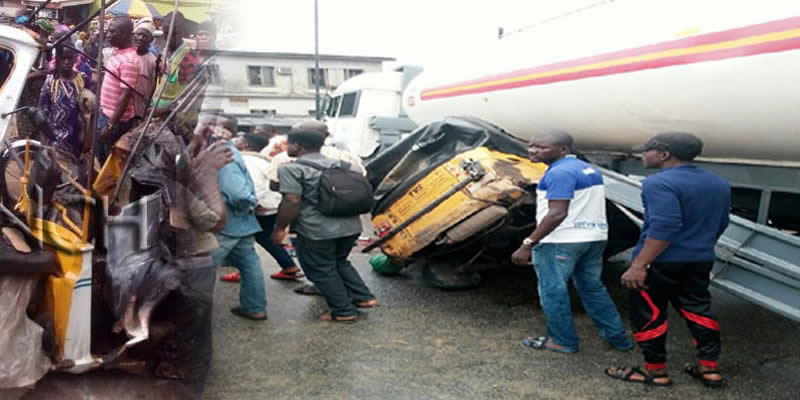 An infant, her mother and a commercial tricycle operator were killed when an articulated vehicle loaded with fuel rammed into them at Ring Road area of Ibadan on Friday.

It was gathered that the driver of the vehicle lost its control after a brake failure and in order to avoid running into other vehicles, made a detour to a lay-by, where it hit the victims who died immediately.

It was also gathered that the driver was nearly mobbed by an angry mob, who also attempted to burn the vehicle but for the intervention of some policemen who quickly rushed to the scene. Firefighters from the state also rushed to the scene to prevent an explosion.

The Police Public Relations Officer, Oyo State Command, Adekunle Ajisebutu, confirmed the incident to our correspondent, but had yet to confirm the number of victims.