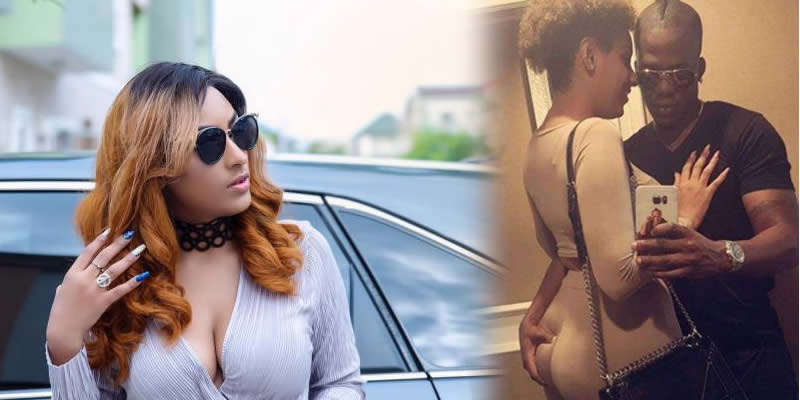 A battle of words between ex-lovers, Actress Juliet Ibrahim and rapper Iceberg Slim is currently ongoing and Juliet has called Iceberg a narcissist after he called her a toxic person for finally revealing that their relationship is over.

In an Instastory post, Iceberg Slim opened up on what caused the break up between him and the actress. Recall that both celebrities have been in the news ever since it filtered out that they’ve broken up. None of them have been clear about their relationship status until few days ago when Juliet Ibrahim stated publicly that she is now single. 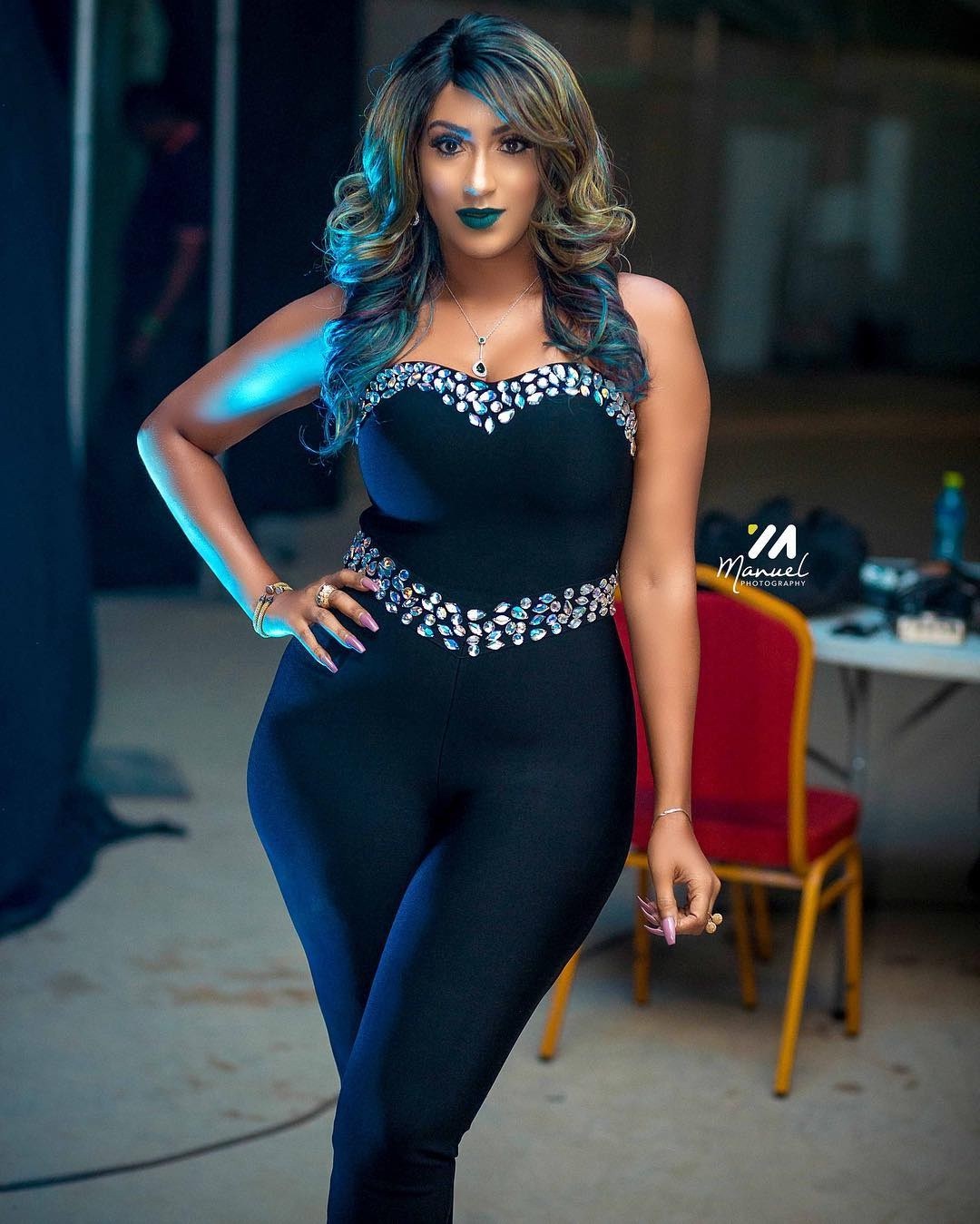 The Ghanaian actress of Lebanese descent opened up about her new status at an event in Ghana where she said, “I made it clear I was single. I am single.”Juliet Ibrahim however failed to give a clear answer when asked if the cause of their split is as a result of cheating.

READ: Why I dumped Iceberg -Juliet Ibrahim speaks up (Video)
CHECK THIS ALSO:

Reacting to the statement made by Juliet Ibrahim whom we can now refer to as his ex-girlfriend, Iceberg Slim shared a post on his Instastory to point out his own stance.

According to Iceberg Slim, Juliet Ibrahim is going about trying to paint him bad before the public simply because she couldn’t control how he thinks. He also referred to her as a toxic person.

Probably angered by Iceberg Slim’s revelation, Juliet Ibrahim fired back by stating that he is a narcissist who is actually the toxic or crazy one.

”A narcissistic person will always use silence in any form of confrontation. That’s how they manipulate you to feel you’re the toxic or crazy one. If you’re dating someone who will rather keep mute then communicate or talk about issues – RUN!!! #narcissist.” 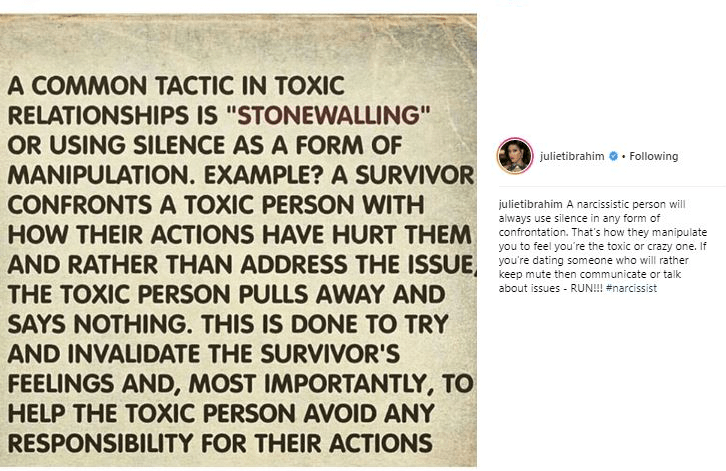 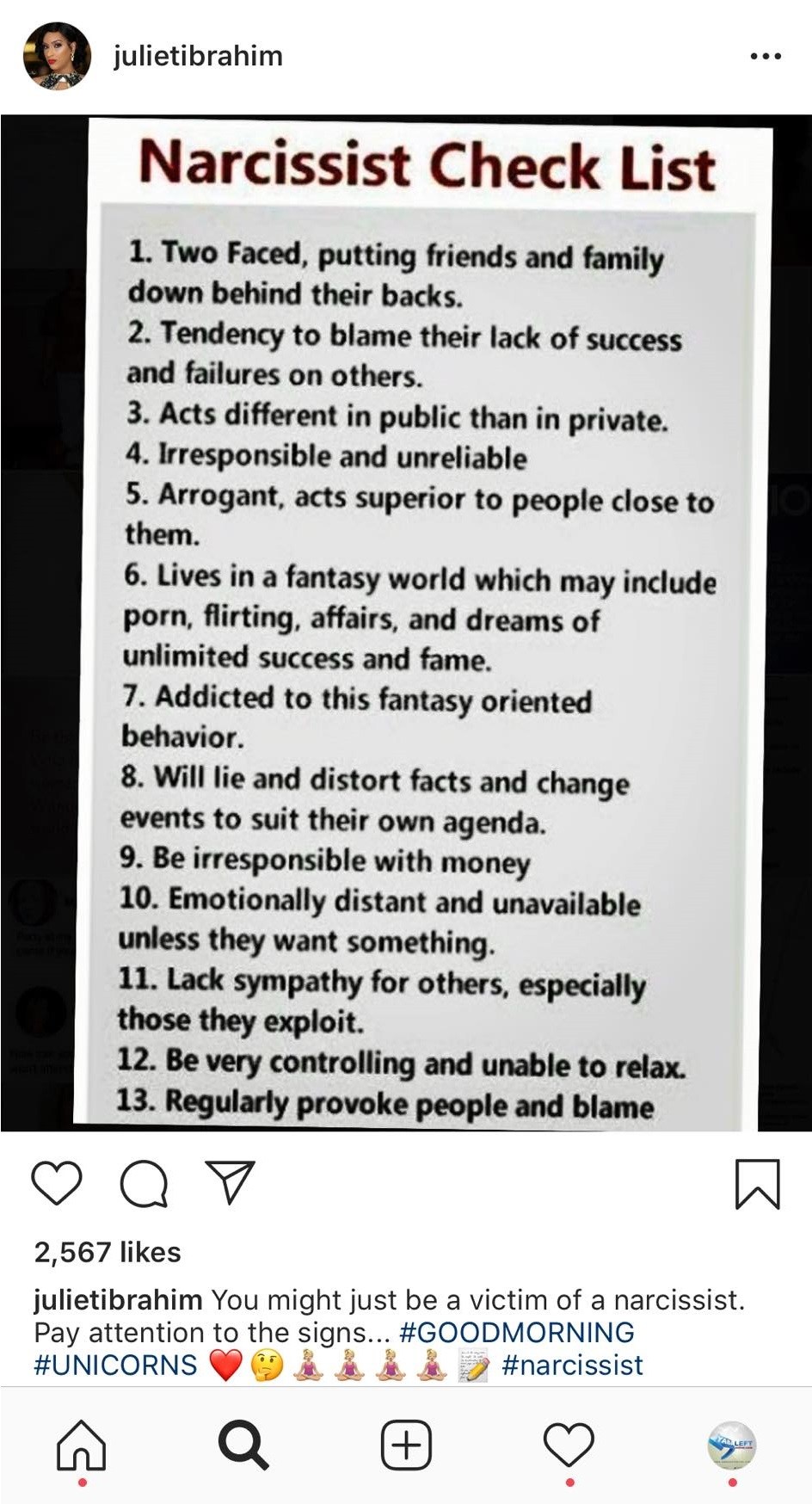 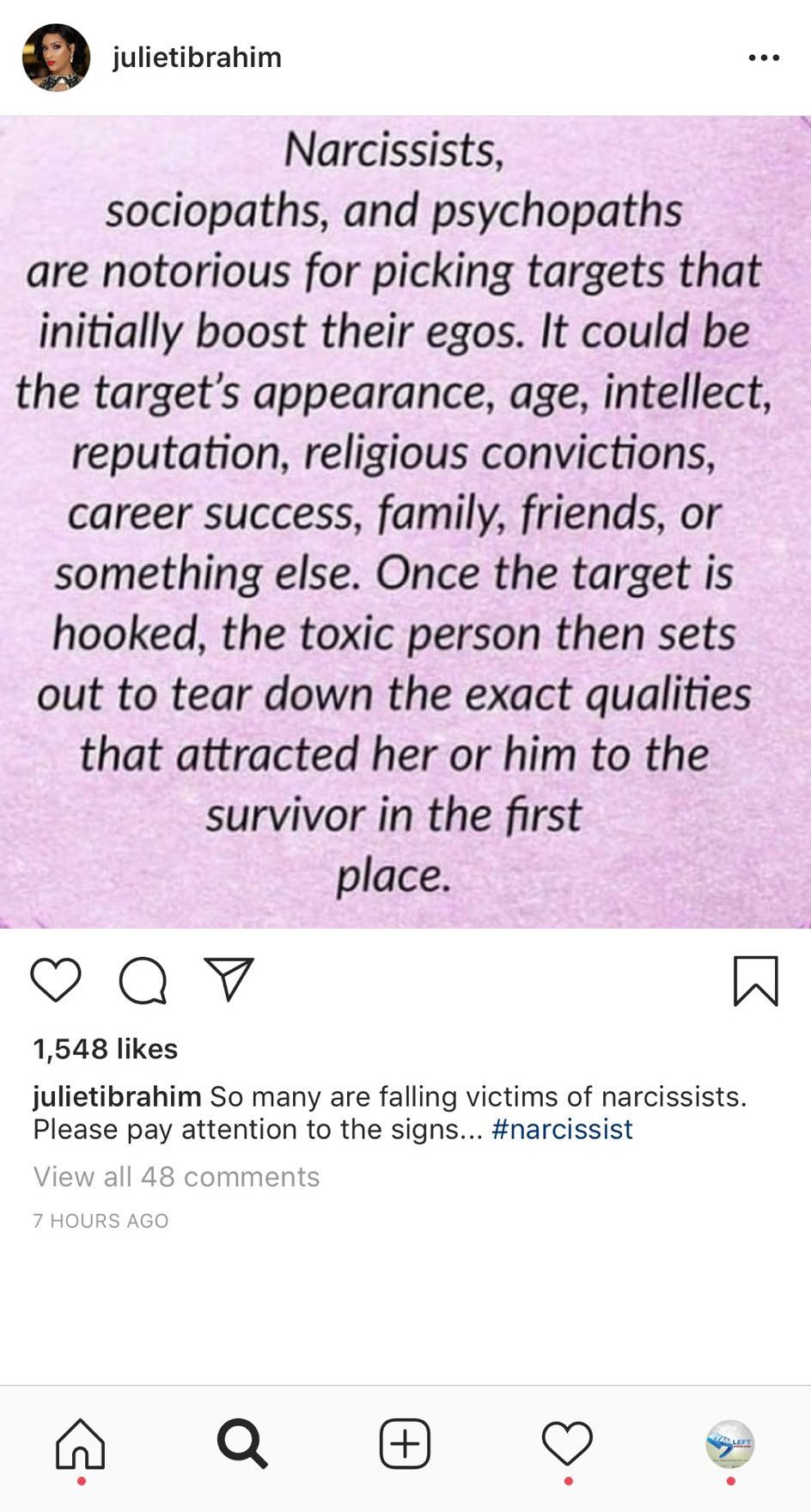 READ: 4 Non S3xual Things That Can Drive A Woman Crazy 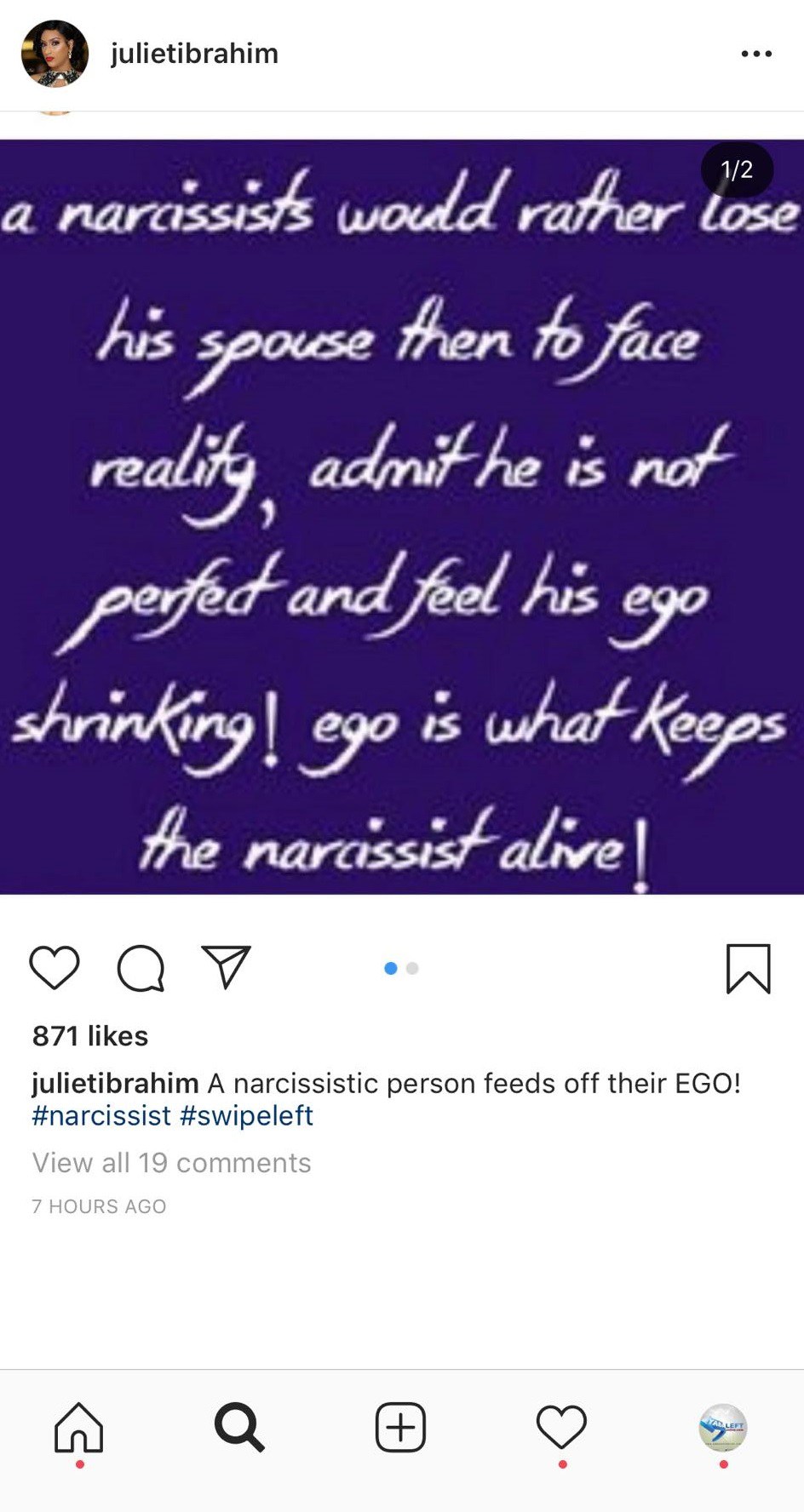 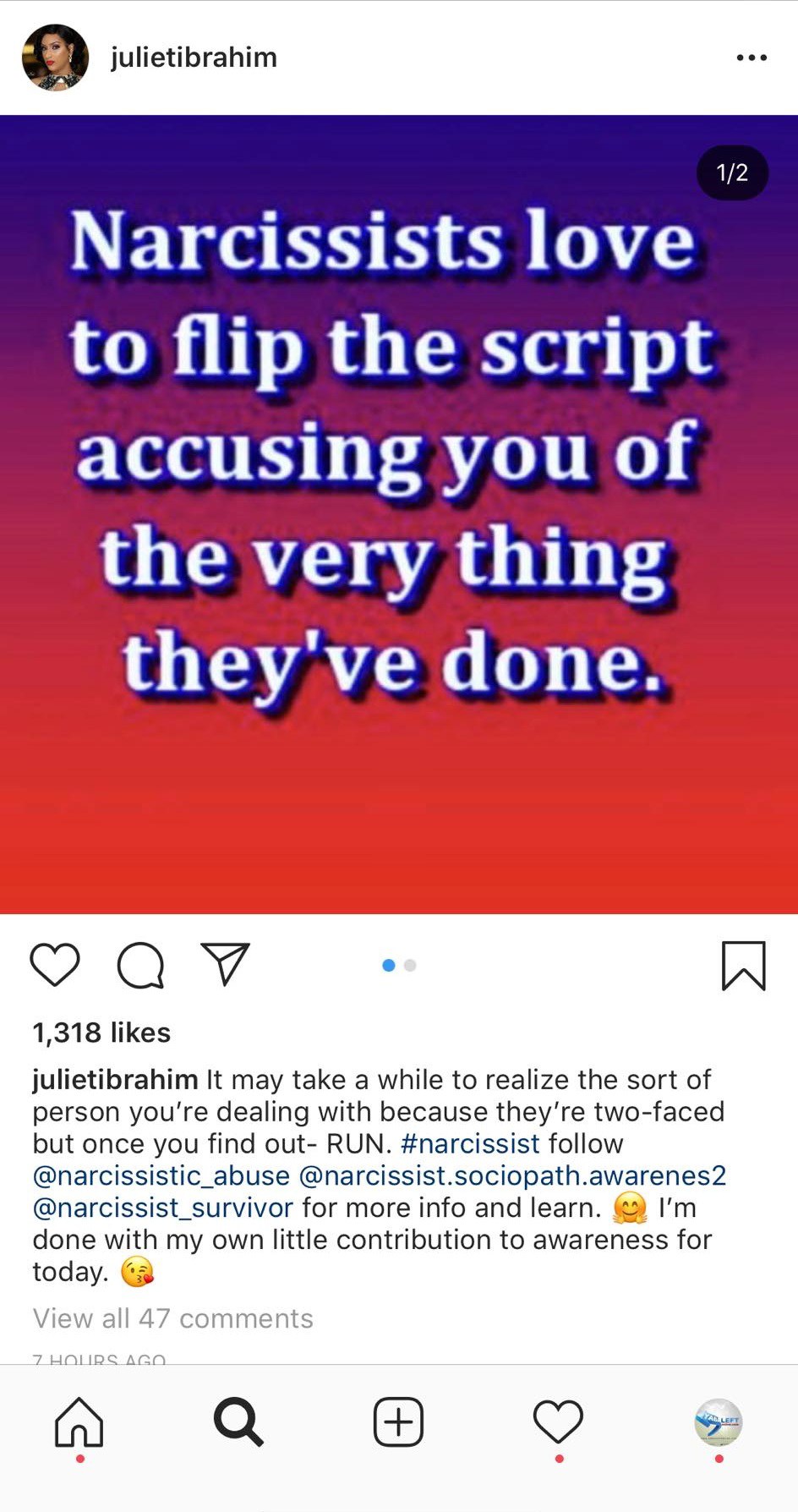 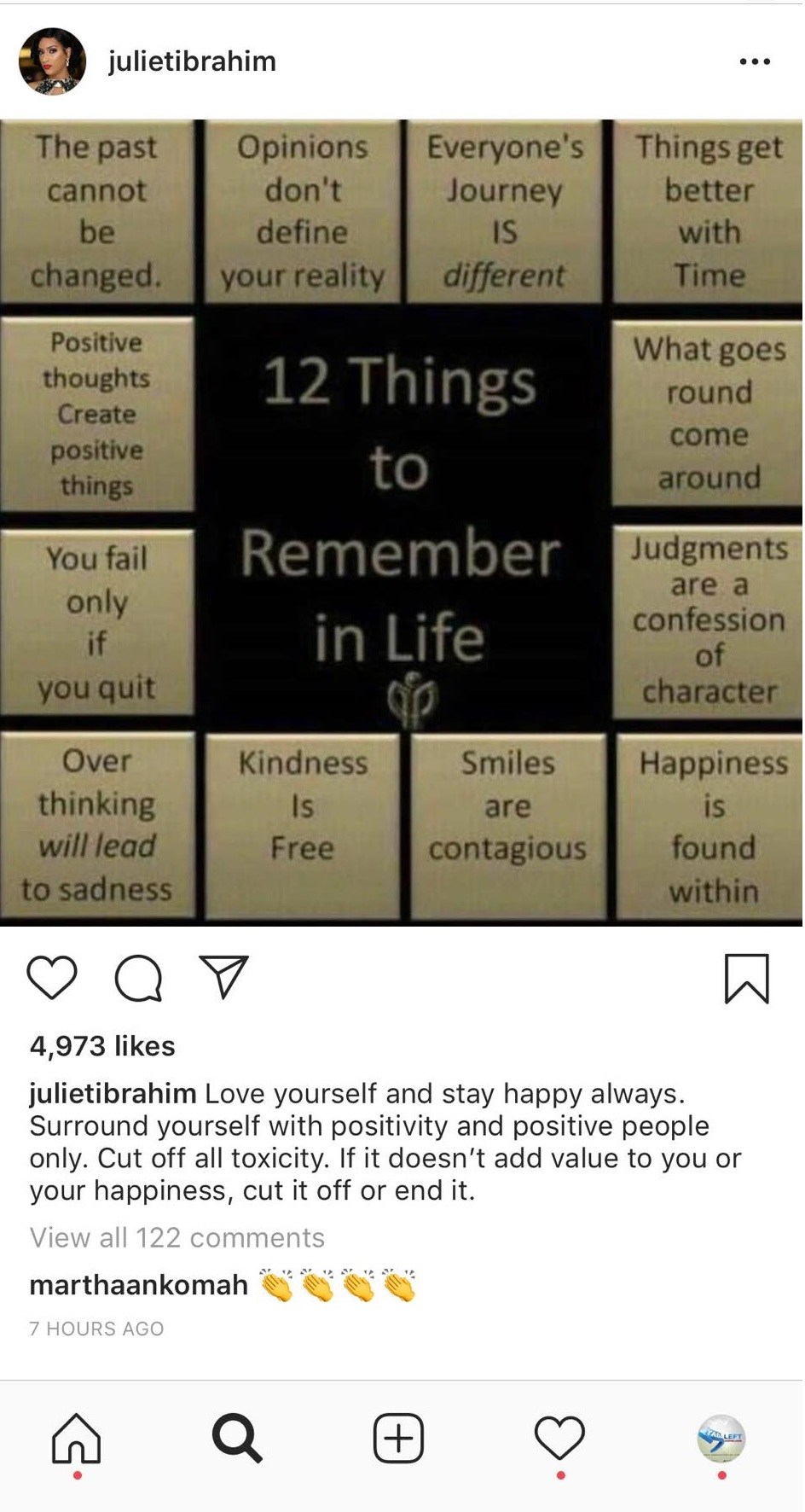 You may also like this; Juliet Ibrahim has a message for those people telling others to “go and marry”