Davido, Yusuf Buhari and 5 other popular Nigerians who have undergone NYSC service

Every Nigerian graduate is mandated to participate in the one year National Youth Service Corp (NYSC). The programme was setup on May 22, 1973, to promote national integration and development in the nation, especially after the destruction caused by the civil war.

Individuals who miss out of the compulsory service are at the risk of not getting employment among other things. Despite that some people do not like to go for service because they don’t plan on getting white collar jobs or just see it as a waste of time. 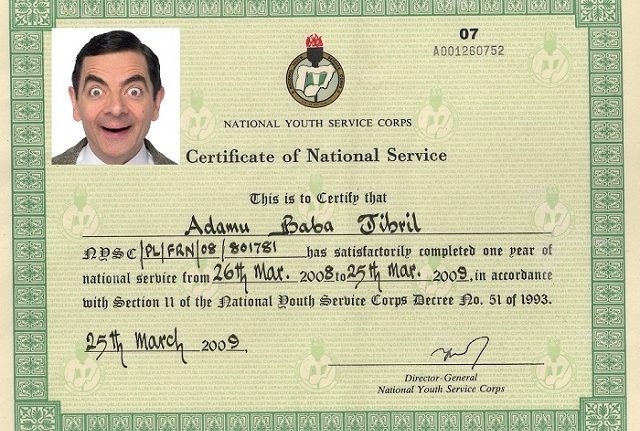 In recent times, some top Nigerians have faced the repercussion for not having a school or NYSC certificate, and this has enlightened the people on why going for service is important.

NAN has gathered some Nigerian entertainers who have undergone the NYSC service.

Son of Nigerian billionaire and music star, David Adeleke, recently created a buzz after he registered for NYSC. The move not only surprised a lot of people, it also was very pleasing to many others especially those who served in the same NYSC camp as the Nwa Baby crooner. Davido revealed that he went for service so as to tie up loose ends. This was a smart move on his part seeing as his uncle, Ademola Adeleke, faced a lot of heat over his school certificate.

Yoruba actor, Owolabi Ajasa,despite not being a youngster also registered for the one year compulsory service. The proud thespian took to Instagram to share photos of himself in Kogi state, where he was posted for service. READ: Davido makes u-turn to reconcile with teenager he cyber-bullied, promises to pay her fees

When one wants to mention privileged youngsters in the country, the name Yusuf Buhari, should come up. President Muhammadu Buhari’s handsome son, recently made the news after his sister posted a motion picture of him dressed in his NYSC garb on social media. This shows that he is not leaving anything to chance and tying up loose ends that might haunt him in future.

The musician who started his service in November, 2016, completed the one year programme on Tuesday, October 24, 2017, and took to social media to share the news.

Fly Boy Inc. music artiste, Kizz Daniel, is also another Nigerian celebrity that participated in the NYSC service. His record label took to their Instagram page to share an interesting throwback photo of the star dressed in the service outfit.

READ: Why I Dropped Out Of School For Project Fame – Chidinma Ekile

Fast rising comedian and actor, Samuel Perry, popularly known as Broda Shaggi is another celebrity signed up for NYSC service. He served in Lagos alongside music star, Davido. Nigerian high-life singer, songwriter and graphic artist, Adekunle Kosoko, popularly called Adekunle Gold, is another entertainer who participated in the one year programme. A photo of the singer in the full NYSC attire surprised several of his fans.

The NYSC scheme has come under fire in recent times with many complaining that it has outlived its primary purpose of fostering unity in the country. But there are those who believe the scheme is doing that and even more. You may also like; Nigerian Celebrities With The Most Expensive Houses (Photo)