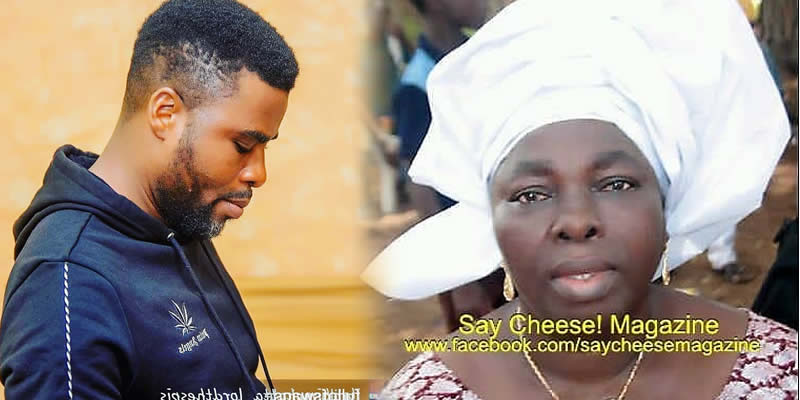 Nollywood actor Ibrahim Chatta recently lost his mother to the cold hands of death. He took to social media to share the sad news. It is indeed a sorrowful time for him

Nollywood actor, Ibrahim Chatta, who has made a name for himself in the Yoruba movie industry recently lost his mother.

It is expected that every soul would taste death. Despite that nobody is ever fully prepared to experience the loss of a loved one.

The heartbroken thespian took to his Instagram page on November 1, 2018, to share the sad news. He is obviously going through trying times and he expressed as much in his post on social media.

READ: Lady recounts how her mother sexually abused her and younger sister

Chatta posted a photo of his late mother and followed it with a farewell message that reads:

“It is indeed a very Dark Night for me. Goodnight Maami…”

The actor’s mother was buried soon after death according to Islamic rites.

Several fans took to his page to share their condolence messages. May the dead rest in peace.

NAN earlier reported that a 300 level student, Bernice Owutuamor, passed away in a fatal motor accident in Bayelsa state.

The lady who is a 300 level student had been knocked down by a hit and run driver on the road. She had reportedly died even before she could be rushed to the hospital for emergency treatment. You may also like; Singer Yemi Alade’s mum, Helen Uzoma reportedly fights dirty after getting drunk in Abuja