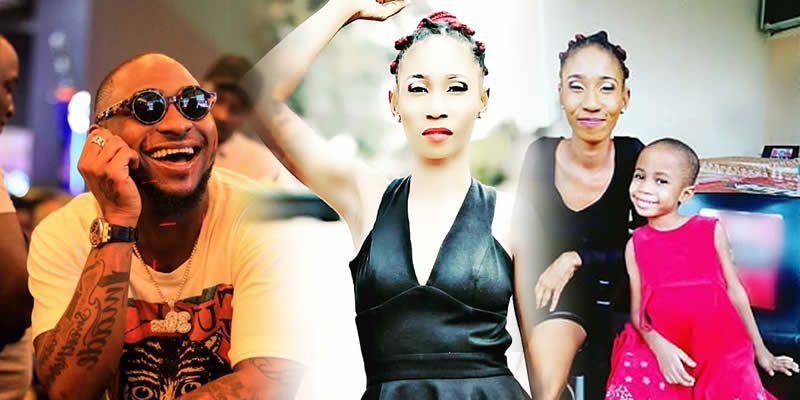 Ayotomide Labinjo, the woman who accused the singer, Davido of impregnating her about three years ago and abandoning his responsibility as a father, has said she doesn’t want to become his wife.

Ayotomide called out the singer and his family to carry out a new DNA test, saying the result of the test carried out by Adeleke’s family in Lagos State was not correct.

At a press conference organised by Kemi Olunloyo, on Friday, she recalled that her relationship with the artiste started in a club in Ibadan, in 2013.

According to her, they later hooked up at a hotel and also met a few months after.

She claimed that their relationship got sour when she informed Davido of her pregnancy. She said;

“My family and I had made efforts to handle this case amicably. All efforts to reach him proved abortive, because he had blocked all access to him. Until recently, when his cousin, BRed connected with me and asked me to download Imo App in order to do video chat. He had a video chat with me, asking me if I still liked him (Davido) and asked for my age.

We have also been to Osun State to meet with his family, but all our efforts did not yield a positive result.

I am not interested in being his wife. All I want him to do is to take up his responsibility as the father of our child,”

Also speaking at the briefing, the daughter, Anuoluwapo, who will clock five on November 19, said:

“David Adeleke is my father and he is from Osun State. I want to see him, because I have missed him so much. My favourite songs are Assurance: Chioma my lover.” You may also like to read; I officially forgive Linda Ikeji for destroying my brand in 2013 – Kemi Olunloyo says (Video)