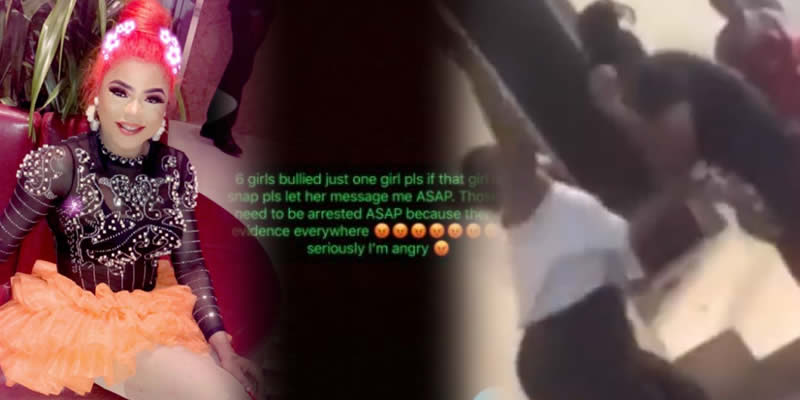 According to the accusers, headed by one Blessing, Bolu slept with her boyfriend, Saheed, on multiple occasions, under the guise of marketing some products to him.

Blessing led her team to Bolu’s hostel, as early as 6:30a.m, today, broke her door and dragged her out. While the accused admitted to sleeping with Saheed only once, Blessing insisted that they did it many times, even on her (Blessing’s) bed.

Bobrisky has offered to help the girl severely beaten. He took to his snapchat to tell the girl to contact him so necessary steps can be taken to apprehend the girls.

READ: OOU female student gang up to beat friend who has been sleeping with her boyfriend

“6 girls bullied just one girl pls if that girl is on snap pls let her message me ASAP. Those girls need to be arrested ASAP because there are evidence. everywhere like seriously I’m angry, Bobrisky wrote. Here’s another interesting topic; ”You will be shocked to see me sitting pretty beside God” Bobrisky tells haters