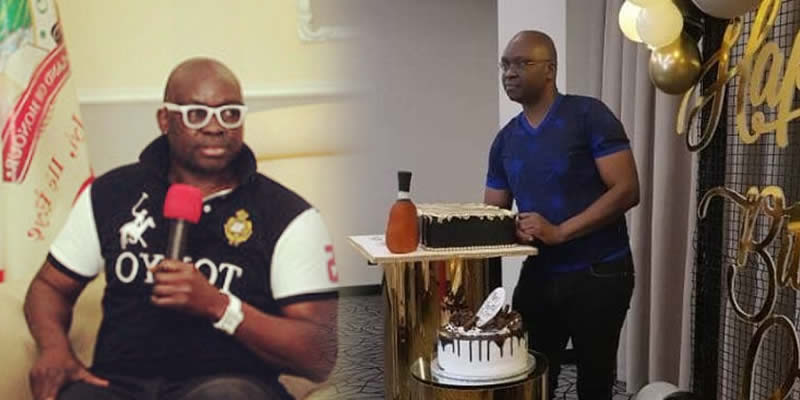 Birthdays are usually splendid affairs, especially when the celebrant is looked up to by many.The former governor of Ekiti state, Ayo Fayose, clocked 58 on Thursday, November 15, 2018, and to mark the occasion, he celebrated on a small scale.

According to reports, in the former minister’s birthday message, he likened the celebrant to Nigerian nationalist, Obafemi Awolowo, as he praised his courage and spirit.

Guests at the occasion were also wowed by the beautiful birthday cakes on display.

During his 4-year mandate, Ekiti state performed really great during NECO 2016 and 2017 exams bringing the state to the first place in the education in the country, some of the roads underwent reconstruction (for example, Ado-Ekiti bridge, some market, and estate roads), and these are not the only achievements.

The governor also touched such areas as health, electricity and water provision, alleviation of poverty and many others. You may also like to read; Nollywood actor Odunlade Adekola spotted at the inauguration ceremony of Ekiti state governor (Photo)