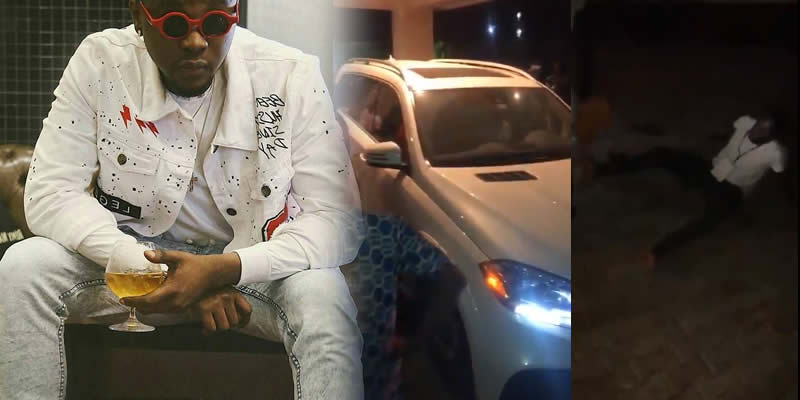 Popular Nigerian singer Kizz Daniel has come under fire after he allegedly failed to peform at a Nigerian school. The singer was held hostage by students of a private university. He had allegedly been paid N3 million to perform but the singer failed to do so

Oluwatobiloba Daniel Anidugbe, a Nigerian musician popularly known by his stage name Kiss Daniel, has been held hostage by students of a private university in Nigeria. The singer had been booked to perform at the school but he failed to do so.

It was gathered that the singer had allegedly been paid a sum of N3 million but he refused to perform at the event which took place at Babcock university in Illishan-Remo.

In a video shared on Twitter, the musician’s white SUV was blocked at the entrance of the school from leaving the premises.

The students were heard shouting for the singer to either pay them their complete money or perform. They kept on calling him names as they barricaded his part, forcing his car not to leave the premises.

One student was spotted sitting on the floor, blocking the path the SUV would pass. He also kept on shouting that he must refund the money.

Kizz Daniel is a recording artist, performer and entertainer. He is beat known for his chart topping single Woju. The 24-year-old was born on May 1, 1994.
Meanwhile, we had earlier reported that the singer revealed that he wants to become the greatest artist of all time. You may also like to read; 5 things to know about Wizkid’s new song Gucci Snake