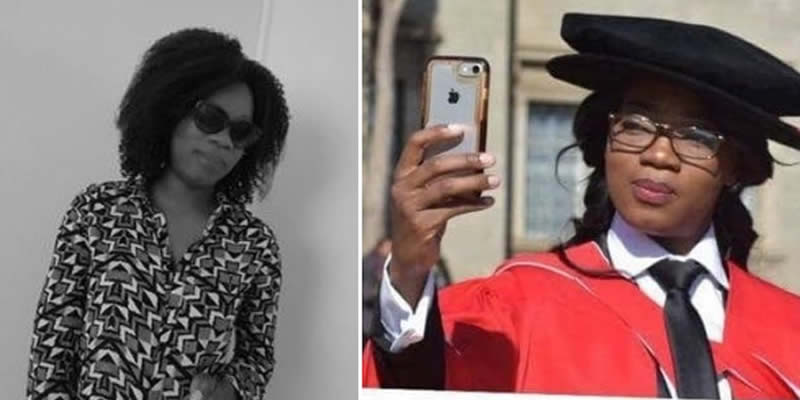 Lady recounts how she graduated, catered for her siblings after losing both parents to HIV at the age of 16

A Twitter user identified as rachaeldangare1 has shared details of how she and her siblings survived difficulty. According to her, she lost her parents at age 16 and had to carter for her younger ones. Now, she’s a proud PhD holder

A Twitter user identified as rachaeldangare1 has used the social media platform to narrate her life testimony which is now inspiring a lot of young people. In Racheal’s touching post she revealed that she lost both her parents to HIV at age 16 and had to face tough childhood, all of which has now gotten better.

The young lady who recently became a PhD graduate in neuroscience shared a photo of herself in her gown and shared that after her parents died, she was left with catering her siblings while trying to better her life.

With no idea or means of how to achieve her goals, she started from the very beginning and today she is PhD graduate who believes the sky is the limit.

Lost both parents to HIV at the age of 16 and became the head of a family of 4, living in the township with no hope of ever making it. July 2018 graduated with a PhD in Neuroscience at Wits. Proud to have taken all my siblings to Uni too! God is good??@FabAcademic pic.twitter.com/Sp046wJ0zK

Racheal’s post immediately went viral as many people on social media agreed that her short story was completely inspirational and brings a new definition to never giving up in life despite facing obstacles.

Meanwhile, the internet is still completely awed by 8-year-old Temilayo Abodunrin who plays saxophone like a professional.