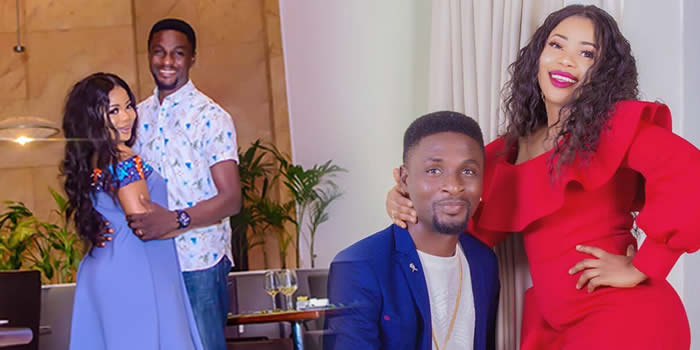 Actor Adeniyi Johnson’s finacee, Seyi Edun shuts down rumors that they have broken up, shares their lovedup photo

Yesterday, Adeniyi Johnson made news after he publicly called out his ex-wife, Toyin Abraham and her manager, Samuel Olatunji, over his divorce proceedings with Toyin.

Adeniyi had initially fueled speculations that himself and Seyi had broken up after he went on his Instastories to post that not everyone is bound to be married.

See what he posted below..

Today, his fiancee, Seyi Edun who is also an actress, shared the loved up photo of them pictured above as she reminded him that God’s got him.

READ: Toyin Abraham calls off her engagement with her lawyer fiancé

You may also like to read; Toyin Abraham’s ex, Adeniyi Johnson, replies her publicist, Samuel Olatunji

Photo of Young man who killed, buried pregnant girlfriend in his apartment in River State