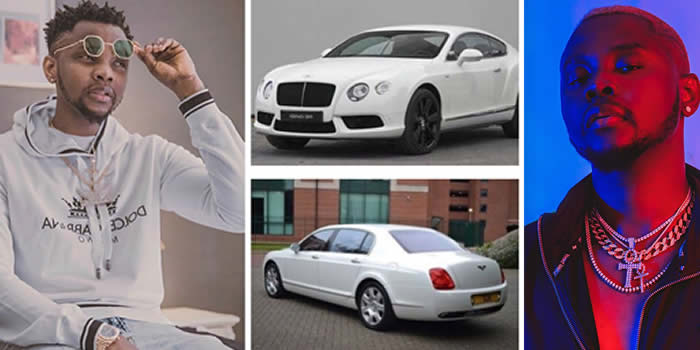 Just months after acquiring his second home, gifting his younger brother Anidugbe Uthman a new car, a Chervolet Camaro to celebrate his birthday today, singer, Kizz Daniel has got himself a White Bentley to wrap off this year.

The singer ever since he launched his label Flyboyinc, has been making hit songs, with the latest One ticket featuring DMW boss Davido that’s driving his fans crazy.. The Singer equally thanked his fans over the 4million+ views of he’s Latest single on YouTube.

You may also like to read; After 11 Years, Olu Maintain Reveals The True Meaning Behind His Yahooze Song (Video)

“Being single and celibate has helped me” – Ifu Ennada