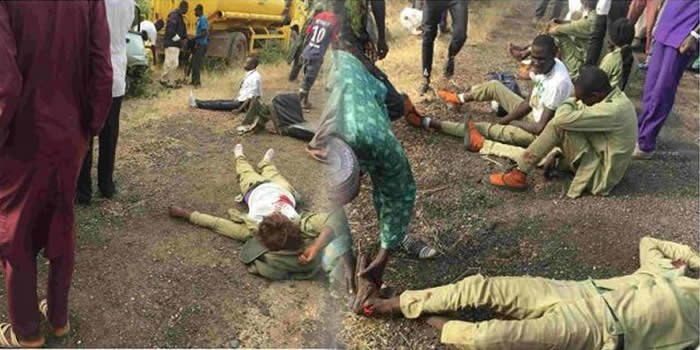 Some corps members who were traveling for the National Youth Service Corps, NYSC camp, were involved in a motor accident in Katsina State.

According to Tonia Michael Ndukauba, a corps member posted to Katsina state (now redeployed to Lagos), it was gathered that the bus filled with serving NYSC members was hit by a truck which damaged the vehicle and injured the passengers. 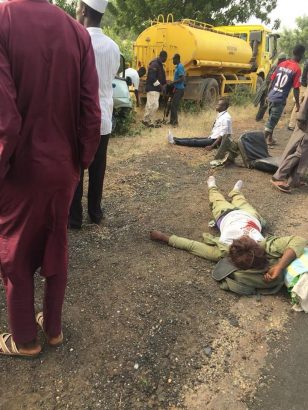 It was reported that no life was lost in the accident as the injured victims were rushed to the hospital. 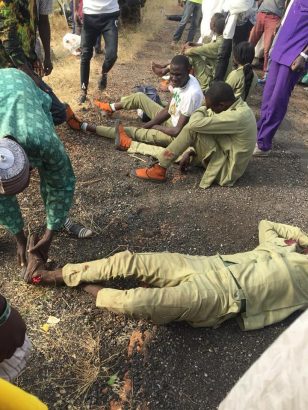 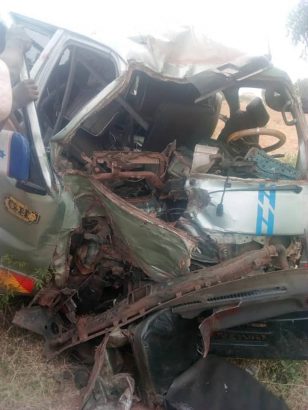 Below is what Tonia Michael Ndukauba shared on Facebook today;

May God heal these Corp members in Jesus name Amen.. I was rushing to leave yesterday on time with this bus but God now sent a friend of mine, he delayed me for like 30mins, I was all angry at him.. just for me to hear that the bus got hit by a truck.. no life lost but injuries..

You may also like to read; Unilorin student fails final year project, commits suicide after being asked to repeat session