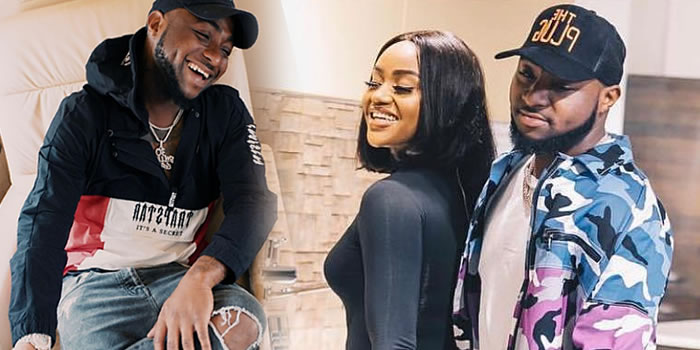 It’s no news that Davido‘s girlfriend, Chioma, has come out of her shell after a while ago, she was known to be the timid, introverted type who barely was found on the social media radar.

Well, over time, the lovely has learnt to come out of her box as she seldom posts a picture a two on her page, either from her cooking, or she influencing a brand or just her daily life and style, Chioma has adjusted from how she was few months back.

Her boyfriend on the other hand, can be said to be her influence as he’s known to document his everyday life – which usually features her – on his social media page.

Chioma has just recently shared a photo of the both of them while they’re in the Nation’s capital for the singer’s performance. A shirtless Davido can be seen in the photo, taken in a place which is supposedly their hotel room, moments before he heads out to perform.

You may also like to read; Iyabo Ojo shares cute photo of her daughter Priscilla, says she’s hotter than her