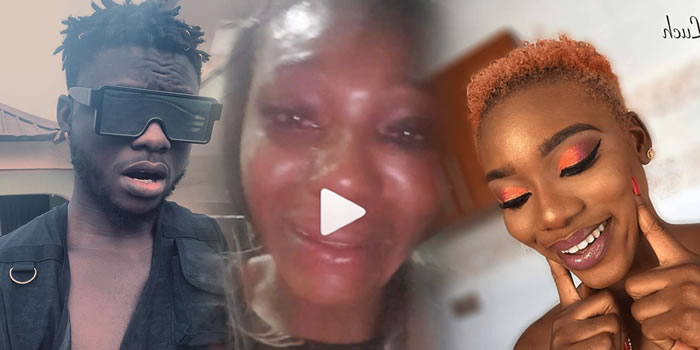 Sharing a video of her brutalized face, Savage Trap Queen claimed the damage was done by Tblak.

She also made it known that all was not well between the pair, as she claimed she has enough evidence to prosecute him.

Sharing the video, she wrote;

Tblak, I’m no longer that girl u used to assault whenever u like, no am not that girl anymore … so stop calling me with your empty threat, I have enough evidence to prosecute you, but I just want to move on away from you #postiveVibesOnly
You felt I won’t go far in life but,with God by my side, I went beyond ur expectations, even after u refused to pay me , I DASHED YOU THE MONEY , Now you writing me stylishly texting me sending you girls to stalk me, “those one their eyes go soon clear “ in no time they will be wise , so pls get the fuck out of my life & stay out. #savagetrapqueen #STQ.

UPDATE: this video was taken in a police station
(Bar Beach Police Station in VI) , the voices at the background was that of the police men and police women getting ready to take my statement , I have made a report already
HE SHOULDNT MESS WITH ME

You may also like to read; “I rejected a marriage proposal because of the size of the D” – lady reveals