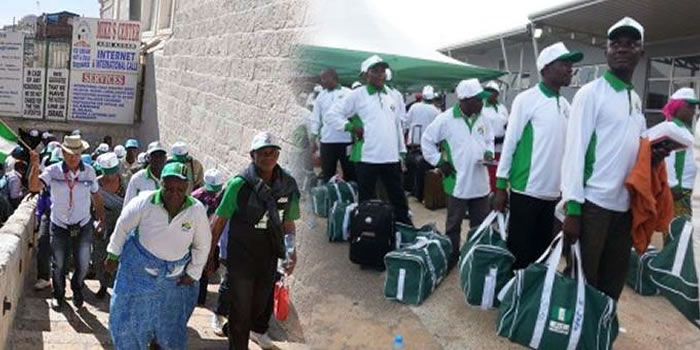 Israel has denied a total of 25 Nigerian pilgrims visa. The affected are 25 out of the 137 who intended to go on Christian Pilgrimage from Gombe State.

Reacting to the issue, the Executive Secretary of the Gombe State Christian Pilgrims Welfare Board, Mr. Joseph Iliya Bega stated that no reason was given by Israel for the denial.

Speaking during the farewell ceremony of the Pilgrims, he explained that the affected Pilgrims have been pleaded upon and were asked to forward names of their choices to replace them within the next four days from Monday the 31st December 2018.

The Executive Secretary also stated that another eight other Pilgrims had a delay in acquiring their visas but explained that the delay in the visas can only delay their departure but will not deny them the pilgrimage exercise.

In his farewell speech, the Gombe State Governor, Alhaji Ibrahim Hassan Dankwambo, urged the intending Pilgrims to be worthy ambassadors of Gombe State and Nigeria by ensuring high sense of humility, responsibility and dedication to the Almighty God.

He called on them to “avoid all forms of evil vices such as drug trafficking, abscondment or any act of indiscipline that will negatively portray the image of our beloved State and country”.

He also cautioned them to be careful with whom they converse with and what they say, shun sensitive diplomatic discussion and always conduct their affairs with discipline.

You may also like to read; ‘Only Nigerians beg online and might start to infect other Neighboring countries in Africa with this deadly virus’  singer Morachi says