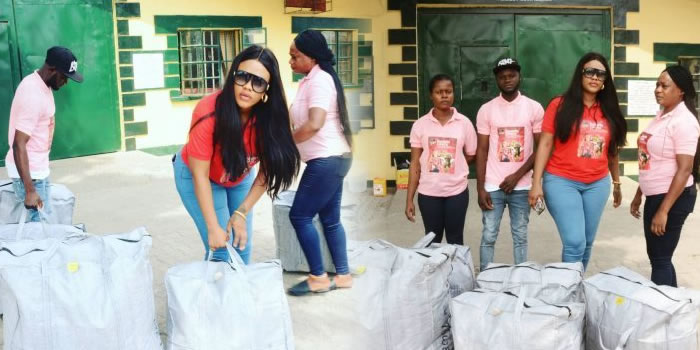 Nollywood actress Daniella Okeke has reached out to female inmates at Kirikiri prison to shower them with gifts as part of the celebration of the festive season.

The actress made the kind gesture via her foundation and wrote on the essence of the visitation via her Instagram page. 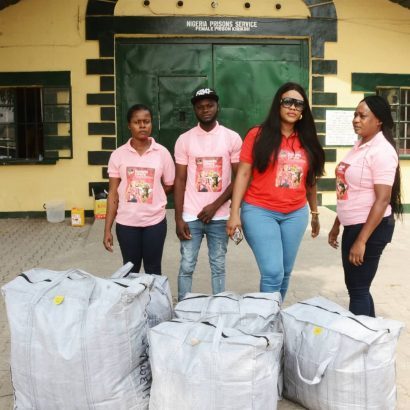 In line with the spirit of the season, and in fulfilling one of her core mandates, over 320 female inmates of the Lagos Kirikiri prison and 10 babies are the recent beneficiaries of the Daniella Okeke Foundation during a recent charity visit to the Kirikiri Maximum Prison on the 20th of December, 2018.

The foundation is a community impact initiative of notable Nigerian actress and film maker Daniella Okeke; established with a passion to empower and uplift ‘at risk and less privileged persons’ across Nigeria.

You may also like to read; Empress Njamah Donates 20 Wheel Chairs To Less Privilege To Celebrates Her Birthday