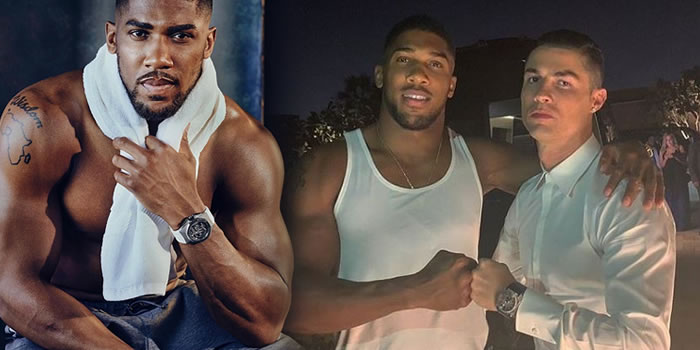 Anthony Joshua hangs out with his ‘favourite footballer’, Cristiano Ronaldo in Dubai (Photo)

World heavyweight champion, Anthony Joshua has often described Cristiano Ronaldo as his favourite footballer and finally the duo met up following Ronaldo’s night of success after he was crowned Player of the Year at the Globe Soccer Awards in United Arab Emirates.

Both men are regarded as arguably the best in their respective sports and they are currently enjoying in Dubai,  in a bid to escape the chilly winter conditions of England and Italy.

‘We cannot bow to the idol called Coronavirus’’ Pastor Chris…