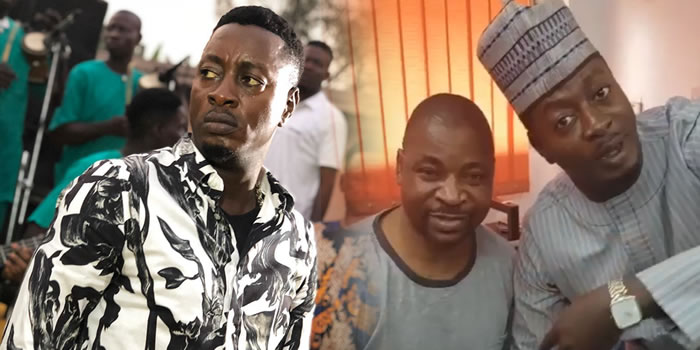 NURTW executive, MC Oluomo who was stabbed last week at the Lagos governorship rally is recuperating and not dead!

It has be spreading and becoming more controversial since the incident that Its possible MC Oluomo is dead, even after Newsmen shared a news that he was flown abroad for proper treatment.

Eventhough, Aduke Akinsanya, a daughter to a chieftain of the National Union of Road Transport Worker (NURTW), Alhaji Musiliu Akinsanya, aka MC Oluomo, has debunked rumours making the rounds on social media that her father is dead, Many still found it difficult to believe.

Contrary to speculations about his demise, Fuji musician Taye Currency paid him a visit and and purposely made a video of the visit showing MC Oluomo alive and well, as he has shared the video through his Instagram page.