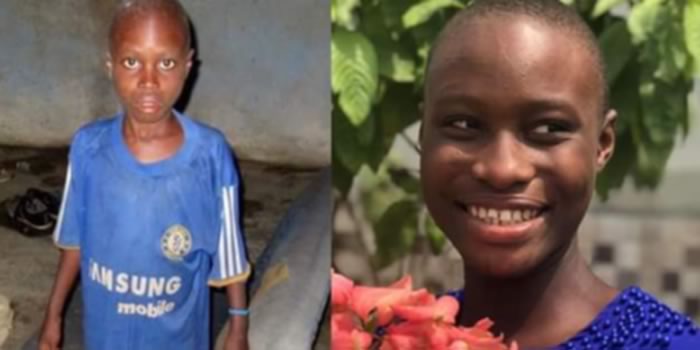 2013 vs 2019: Photo of young Nigerian girl who was sexually abused, beaten and banished allegedly for witchcraft

By Aanu Damilare .O On Jan 17, 2019
Share FacebookTwitterWhatsAppReddItPinterestEmailLinkedin
Danish aid worker, Anja Ringgren Loven shared before and after photos of a young girl she rescued in 2013.
The young girl, Charity was sexually abused, beaten and banished from her community in Akwa Ibom after she was branded witch.

Charity 2013 vs. Charity 2019
I never forget the day my team and I found Charity in an old dirty building. She was very sick and had been sexually abused, beaten and outcasted by the community because she was accused of being a witch. It’s 6 years ago today we saved her life. It was my third rescue mission out of many to come. 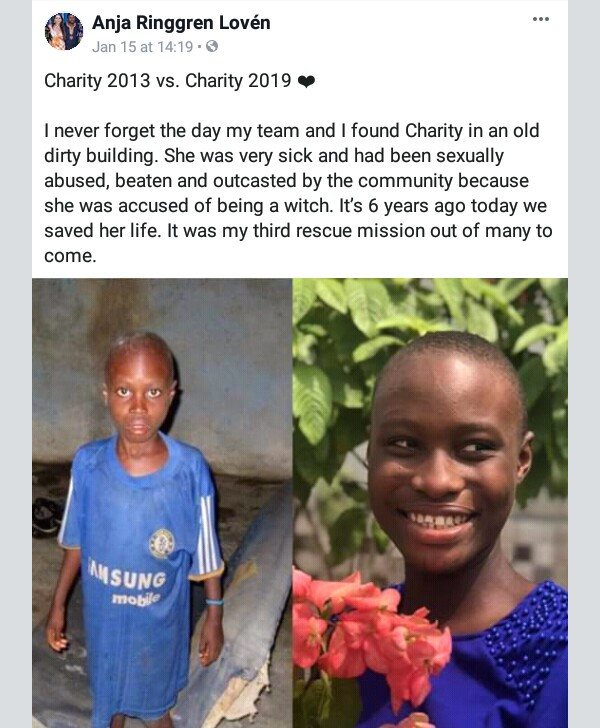