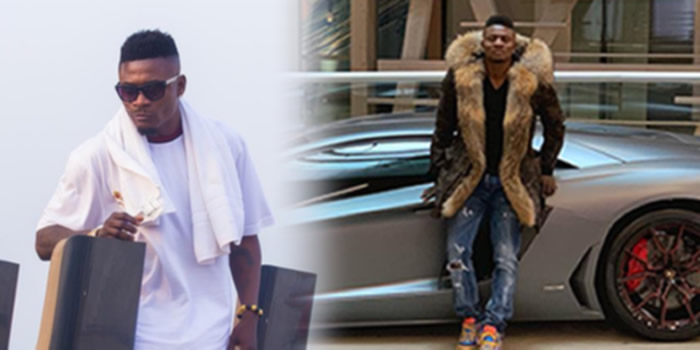 Nigerian footballer, Obafemi Martins appears to have added another bad toy to his fleet of cars.
In a recent post shared on Instagram, the football king flaunted a N91.4 million Ferrari Spider

Instagram is blowing hot at the moment after Nigerian footballer, Obafemi Martins shared a photo of himself and his apparent latest car. The football king is said to have acquired a brand new Ferrari Spider said to have cost N91.4 million.

34-year-old Martins started his career at age 16 and built a reputation of being a king in the game because of his speed. Having successfully played for top-division clubs around Europe, he has built a name for himself as well as a large net worth of N12 billion.

Martins is a car lover and is known for having an array of impressive and expensive cars, which include: a Mercedes-Benz SLR McLaren, Lamborghini Aventador, Mercedes-Benz G-Class and just recently, a Ferrari Spider.

He shared the photo of his new ride on his page and captioned it: “Respect the game” Meanwhile, a generous Martins also recently gifted BBNaija’s Khloe a brand new car. The model however got involved in an accident that rubbished the car. luckily, she found a way to get it fixed and posed with the revamped car as the world launched into the New year.