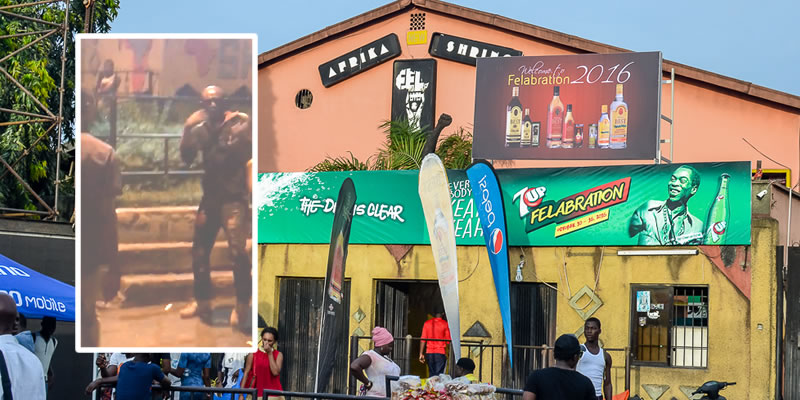 Video of a Nigerian police officer in Lagos state has gone viral on social media. The Policeman creates scene after smoking ‘black mamba’ at the Afrikan Shrine in Lagos

A Nigerian police officer has been spotted fighting in Lagos. The officer was seen fighting with everyone at the Afrikan Shrine in Ikeja area of Lagos state after he reportedly smoked some hard substance.

According to the eyewitness @aburo_solomon who shared the the video on Twitter, the officer had smoked a substance known as black mamba and started misbehaving shortly after inhaling it.