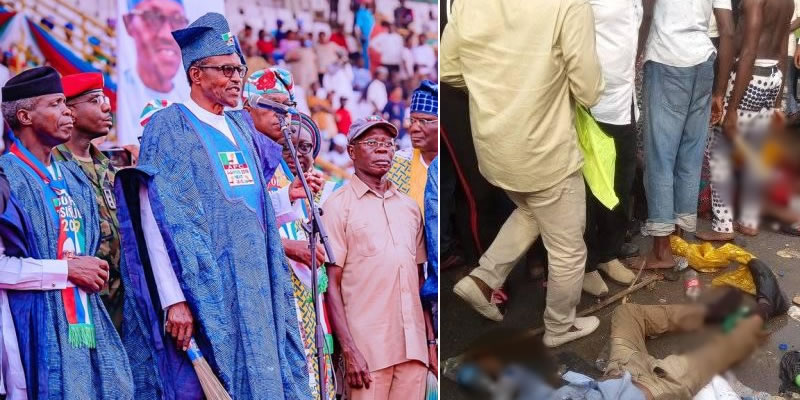 Many people were killed yesterday in a stampede at APC rally in Port-Harcourt, Rivers state.

President Muhammadu Buhari took his re-election campaign on the platform of the All Progressives Congress (APC) to Rivers State yesterday., the APC presidential rally was held at the Amiesimaka Stadium.

The President sought the support of the people of the state in the coming elections.

Scores of persons sustained various degrees of injuries and have been evacuated to hospital for treatment.

A witness account said that the victims were trapped at the exit gate of Adoki Amasiemeka Stardium as they tried to walk out of the Stadium.