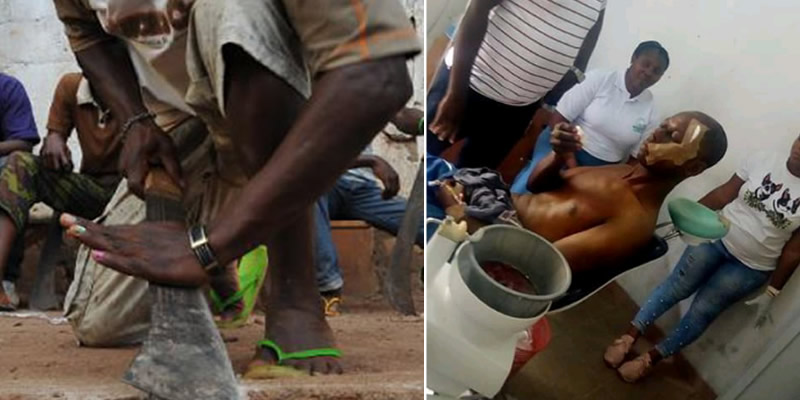 A photographer was hacked with a machete as he had a bath outside his home in Bayelsa. Thankfully, he survived the vicious attack.

Mr. Matthew Eroutor, a photographer in Ogbia, the headquarters of Ogbia Local Government Area, Bayelsa State, was having a bath outside his home at night when three masked hoodlums attacked him with a machete and slashed him with it multiple times. 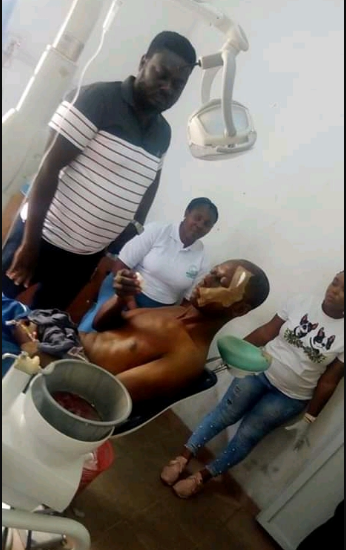 His face was badly scarred in the attack but he was lucky to escape alive.

He was taken to Federal Medical Centre (FMC), Yenagoa where he’s been receiving treatment.