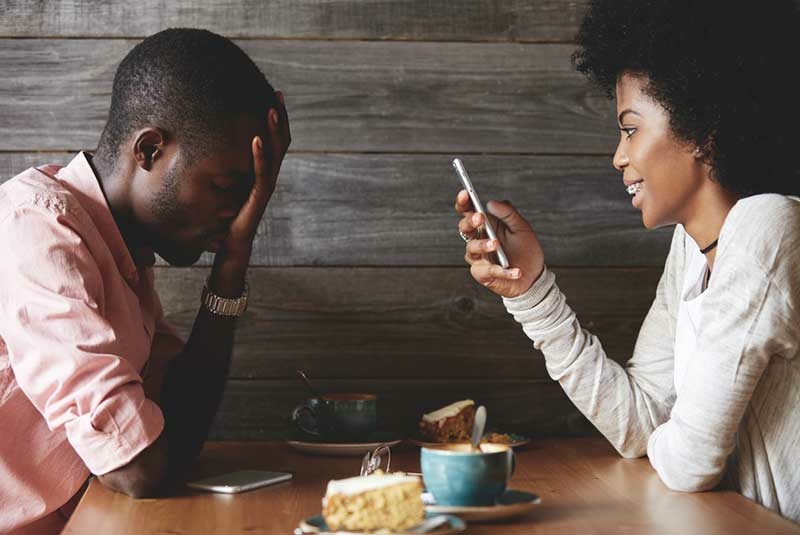 If a babe ever starts to give you attitude and you’re wondering why, one of these four reasons could be responsible for the change. If your girlfriend or some babe you are interested in begins to show signs of being fed up of you and the relationship, it is logical to wonder what could have gone wrong.

When you actually consider it, quite a number of reasons comes to mind; many of which are influenced by personal observations you may have made in the course of the relationship as well as other recognized, popular reasons.

If your girlfriend ever starts to give you attitude and you wonder why, one of these four reasons could be responsible for the change:

If your sex game is not A1, there’s every chance that the dissatisfaction will brew over at some point and cause her to seek a way out of the relationship.

Sometimes, it could be because she got fed up with putting up with your brokenness. Not every woman can be with a guy who hasn’t found his feet financially. And even those who think they can could eventually become fed up when the expectation of wealth does not materialize as soon as they envisaged.

This is a no brainer. No woman deserves the emotional imbalance of dealing with a fornicating, no-holds-barred cheat.

She can only stick with you for so long if you are relentlessly, unrepentantly cheating on her.

Let’s face it, if hygiene is so poor to the point that your body or mouth odour is overpowering, it could suffocate the affection she has for you. It’s as simple as that.

Let us know which one you consider the worst of these four by commenting below.