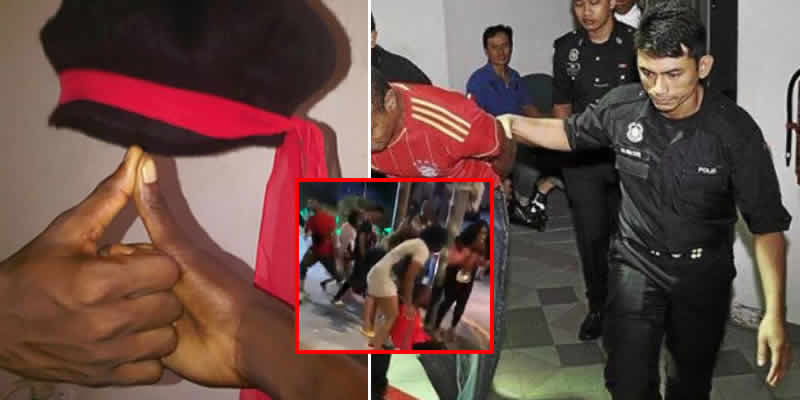 Some Nigerians have been arrested following a cult clash in Kuala Lumpur area of Malaysia while some Nigerian cultists were rushed to the hospital after they sustained serious injuries during the bloody clash.

According to online reports, the violent fracas broke out on Sunday, April 7th, between Black Axe confraternity members (Aiye) and Vikings cult group in Kuala Lumpur, Malaysia as can be seen in viral videos posted online. Watch the video below.

The injured victims were rushed to the hospital after being attacked with machetes and other dangerous weapons. See photos of some of the victims below.

‘I did plastic surgery and it’s killing me’, Nigerian lady cries out, advises women

‘I did plastic surgery and it’s killing me’, Nigerian lady…