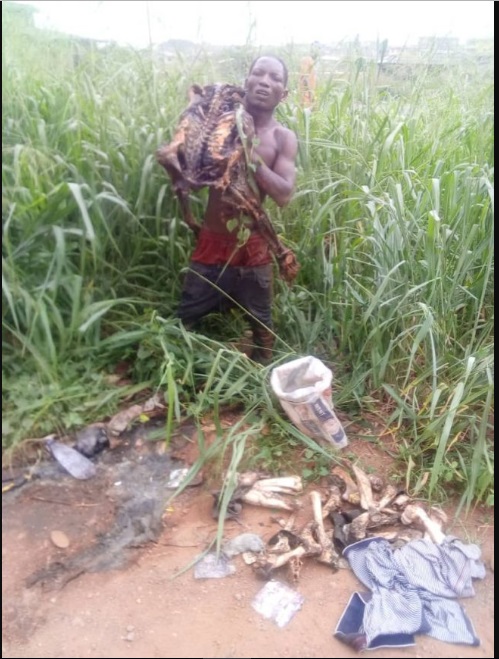 By Ngere Ify Davies On Apr 26, 2019
Share FacebookTwitterWhatsAppReddItPinterestEmailLinkedin
Lagelu Grammar School, Ibadan has reacted after a suspected kidnaper/car wash attendant, Ismaila Raji confessed to have killed at least seven persons including students of the school.
He was nabbed at Adesola area, along Lagos/Ibadan expressway, Ibadan last weekend with a human skeleton.
In Raji’s confession, he stated that many of his victims were students of the Lagelu Grammar School, Ibadan. Specifically, the seven persons he confessed to have killed so far were mainly students of the school, and there are still some of his colleagues currently hunting for more preys at the school premises.
CHECK THIS ALSO:

Two suspected kidnappers nabbed after attempting to snatch a…

The school has reacted and announced to the general public that the confessional statement is just a mere sham and deceit as none of its students has been reportedly killed nor missing.

“Let me place on record that LAGSOBA EXCO under the dynamic leadership of Professor Olufemi Omisore had helped the school greatly by clearing the thick bush around the hostels. Hence, there is no hiding place for hoodlums to perpetrate such a criminal act at the school.
“I hereby use this medium to inform the Old boys of Lagelu Grammar school and the general public that the story is far from the truth.
“Thank you.
“Tope Onipede, MSTAN
Principal,
Lagelu Grammar School, Ibadan”