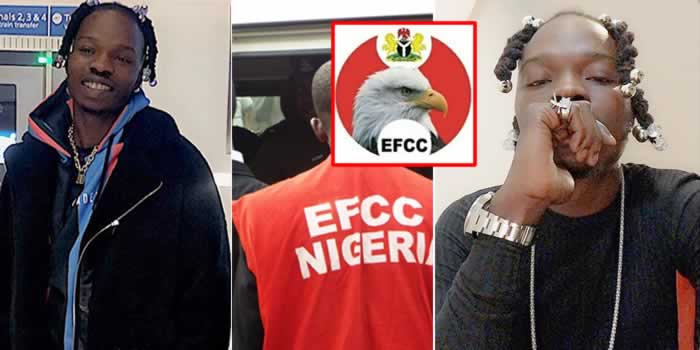 Contrarily to reports that upcoming musicians Naira Marley and Zlatan Ibile have regained their freedom after they were arrested by the Economic and Financial Crimes Commission (EFCC) yesterday, Within Nigeria can confirm to you that they are still in custody.

According to a top EFCC insider, the singers and three others who were arrested on Friday morning, May 10, are still undergoing intense grilling for their connection to online fraud, known as ‘Yahoo Yahoo’ in Nigeria’.

“Intelligence report had also linked them to cybercrime offence.

“They were arrested along with: Tiamiu Abdulrahman Kayode, Adewunmi Adeyanju Moses and Abubakar Musa.

“Their arrest followed an early morning raid on Friday, May 10, 2019 at 9, Gbangbola Street, Ikate, Lekki, Lagos.

“At the point of arrest, the Commission found and recovered a number of items, including laptops, from the suspects.

“They have so far volunteered useful information about their involvement in the alleged criminal activities, even as investigations continue.”

The suspected fraudsters may face jail term if found culpable.

Why Waje and I are best friends – Omawumi reveals