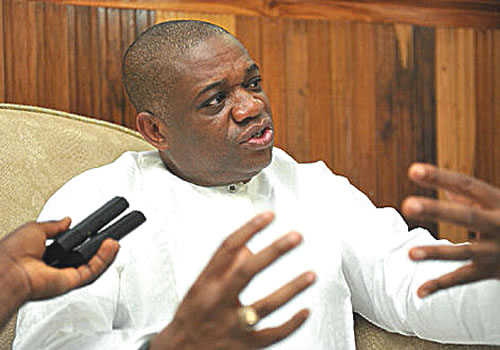 I Will Run For Deputy Senate President, Even If APC Refuses — Kalu

Dr. Orji Uzor Kalu has said that he will run for the position of Deputy Senate President regardless of what his party the All Progressives Congress (APC) decides.

This Orji Kalu said he will do in a bid to ensure that the Southeast is fully represented in all fairness.

“Let me be honest with you even if the party ask me not to run, I will run on the floor of the House, this is one position I have to run for because you cannot leave the Southeast alone, you can’t leave them behind,” Kalu argued.

He further stressed that giving the Southeast a worthy position is in line with ensuring that the nation is ruled with equity.

“We are in the process of doing the right thing and the East will be given a place in the scheme of things. I am asking that the East should be given the Deputy Senate President. There is a high level of discussions about that and I’m sure that by partisan it would be a law in the House”.

Kalu said that the Senators of the 9th Assembly will put Nigerians above their party interest and legislate in a manner that the people will enjoy.