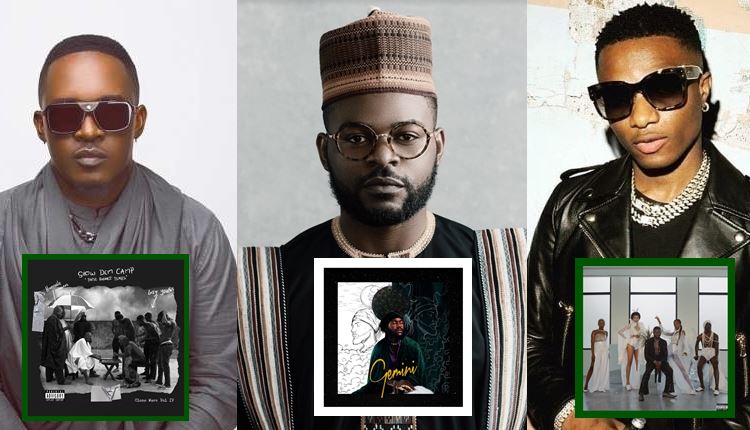 I was with one of my girlfriends last month and she introduced me to some Korean pop, she was so enthusiastic about a sound that didn’t even speak English, at that point all i saw were neon lights and some form of adrenaline in my veins, it was amazing that a culture far in Asia was been talked about here in a little place in Lagos, Nigeria; like this foreign culture got my girl translating every Korean lyrics to English and also trying to speak Korean,consequently, she became super attractive to me, that determined my mood and projected my feelings towards her.

Did you know there is actually a course called Music psychology? its aim is to explain and understand musical behaviour and experience including the processes through which  music is perceived, created, responded to and incorporated into everyday lives. Music is an amazing tool to send a message, to transcend words to action, to push a culture and a narrative without necessarily using force. Psychologists have always said music is a determinant of moods, the easiest way to push a culture, the mental way to pass a message, even the bible says music (worship & praises) is the fastest route to talking to God.

Ever wondered why people who we considered “different” have their own special types of sounds? savants, writers, painters, designers, you, I and everyone out there is quick to play a particular playlist when we want to settle into a mood, that’s simple, we are all a product of vibrations.

The Nigerian music industry has really grown from the time where we couldn’t play our local music on radio to a point where we dominate the airwaves both home and abroad, the content coming out of Nigeria has been delectably beautiful, it is ignorant to say “I don’t listen to Nigerian songs” but regardless we have also had a lot of gibberish hitting the airwaves. One thing i learnt in college is, we can only call something a pollutant when it affects the intended use of the original substance, so what you call crash might be gold to someone else. With the millions of songs that come out  daily in the country, it is only right for some songs with rich contents to get underappreciated, like i said previously , music is an avenue to push an agenda, here are some projects that were culturally relevant but still underappreciated.

Released August 24, 2018,  is regarded as one of the most culturally relevant albums to ever come out of Nigeria. According to Google , 100% users loved this album. This  project which lays bare on critical arguments like love, trust, depression, self worth, loyalty, relevance, cyber validation and every other relevant vices affecting people out there. This is the type of album you play before a TEDtalk  or  every morning before you go out to win especially in a crazy city like Lagos. Ages to come, Nigerians will  remain grateful to Jude Abaga for subtly changing the game.

Released January 15, 2019,  Falz will go down in history as a modern artiste who started an upcoming revolution and stood against everything evil in the country.  According to Google ratings, 99% users loved this album, the remaining 1% are still mad they he exposed them and subsequently cant dance to the album. A broad album on cultural , social, political, moral improprieties in the nation , he became a voice for the ones struggling to get by and a reminder for those who need to listen.

Released 12 October 2018, Rare began a revolution without knowing it. Liked by 100% users on Google ratings, Rare though a personal project represents a new generation of burgeoning creatives coming out of Nigeria who are sharping their own sounds by drawing inspiration from different cultures, genres and styles. If you live in Lagos, then this artiste / project needs no introduction, like Joey Akan called him “The Alte Jesus” Odunsi has been able to drag a relatively new genre [highly selective but yet empowering scene] “alternative sounds” to the mainstream. An album that plays around with relatively new sounds is a superb blend of funk, soul, R&B  and an aesthetic creative vision.

4. Wizkid – Sounds from the other side

Released July 14 2017, Wizkid schooled Africa what it is like to collaborate with international artiste and not a feel a thing, which collaborator on an album you know can boast of Chris brown ,  Major Lazer, TY dolla $ign, Trey Songz, Wale, Drake and still confidently outshine all ?. Liked by 97% users on Google ratings, SFTOS is likely to be the unlikely one on this list. This project wasn’t promoted by the artiste himself because it was just a compilation of singles and it was distributed by an international company. A True afro-fusion album, well balanced between world conquering ambitions and the culture whence it came from. In a continent like Africa, where we make it bigger than life to feature a Western or European artiste, Wizkid did it and acted like it ain’t even a thing.

Released January 1, 2019,  Ghost and Tec have both found a way to balance mainstream appeal and hip hop credibility. An album that reflects an in the moment state of events providing them with a voice to be at their most vocal on societal issues like self worth, depression , recession , purpose, internet scams, fake life etc, this is an album for the free thinking soul. As a follower of the growth of the group, the consciousness of this particular tape has stayed with me.  An introspective journey executed in many ways that only pure poetry can define.

Released March 29, 2019, Abuja based songwriter, sound engineer and all round cool guy released something i will rather call emotions rather than music. This 16 tracked project was a perfect blend of alternative R&B, soul and 90’s influences. An album about love, vulnerability, drugs use, acceptance isnt  the first of its kind but possibly one of the best of its kind. Coming from the “alte” scene, Tay Iwar has been able to show  Nigerians what it is like to express feelings with melodies. A relatively new cat with the sounds of a western veteran.

I and some music critics have argued and compiled this list for your reading pleasure : to go back and understand these weren’t just your average music albums but they were relevant to recent happenings, they pushed a culture, they were pacesetters. These were defining projects , projecting a conscious movement. In years to come, when others follow this trend , we will go back to this article and say these greats did it first.